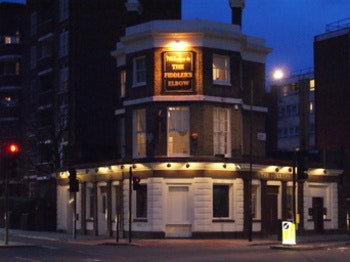 at The Fiddlers Elbow, London
Passed

Loud Women will have been a 'thing' for 2 whole years in October!

In that time, they've put hundreds of awesome women on dozens of stages of all sizes; wthey've released records that have sold all over the world, and been played on the major radio stations; they've kept you informed about the latest music news from brilliant women; and mostly they've had a fucktonne of fun!

To celebrate all that, come along to a party at the Fiddler's Elbow in Camden. A stellar line-up TBA, cake and party bags for everyone, awesome night out guaranteed. Hurray!

Dirty sax punk band from Surrey. "Bikini Kill if they had a baby with the Undertones, and adopted a saxophone player" - Parallel Magazine