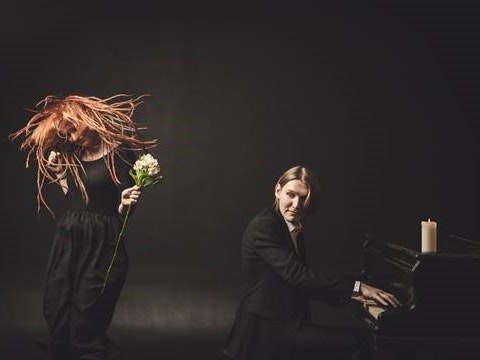 'Iamthemorning is a chamber progressive band originated in Russian city St. Petersburg in 2010, signed to Kscope. The core and permanent line-up of the band consists of mere piano (Gleb Kolyadin) and vocals (Marjana Semkina). In times iamthemorning performs as an acoustic duet. However, for the most live performances and occasional recordings band sometimes uses - in various combinations - sessional guitar, bass-guitar, drums, string quartet, and number of rather unconventional instruments including harp. As the cofounder of the band, Gleb, has a classic music education, he takes a great care knowing that all of the listed above are also with the conservatory background. In fact this precise worrying with music quality became a band motto quite from the beginning. The songwriting is rather rich with metaphorical layers: it references Shakespearean poetry, images and a sign of modern culture, visual aesthetics of Pre-Raphaelites and at the same time adopts nearly every significant musical achievement of a progressive rock genre, connotating with the kind of Porcupine Tree, Philip Glass and Kate Bush, musically and lyrically.'