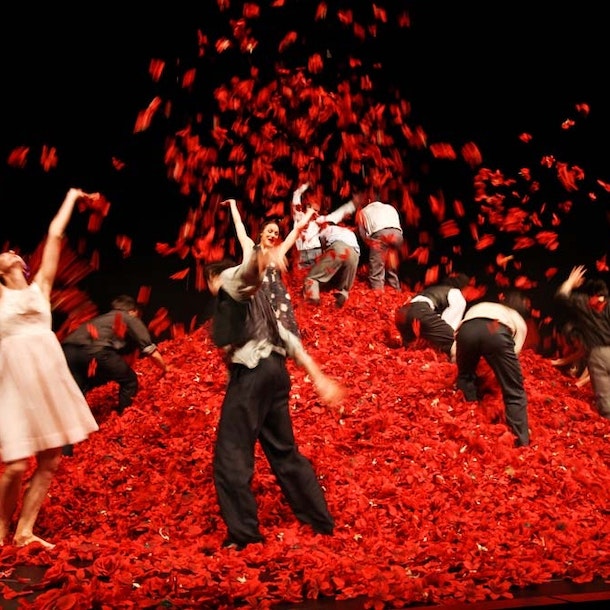 After the success of the company’s sell-out 2012 World Cities season, Tanztheater Wuppertal returns to Sadler’s Wells with two rarely performed works from Bausch’s outstanding canon as the company celebrates its 40th anniversary.

Two Cigarettes in the Dark (1985) looks at the monotony of life, whilst in Vollmond (Full Moon) from 2006, which was featured in Wim Wenders’ film Pina, Bausch creates a unique world for the dancers on stage.

The striking visuals of Bausch’s productions are ever-present in these works, with long-time collaborators Peter Pabst and Marion Cito’s breathtaking sets and costumes.

Two Cigarettes in the Dark contains some nudity

Legendary German dance-theatre company that was set up by Solingen-born choreographer Pina Bausch.