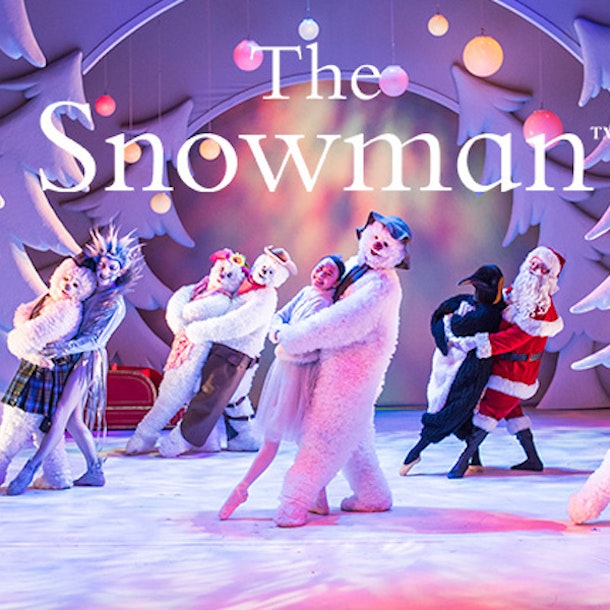 Delighting audiences for 23 years, this magical stage adaption of Raymond Briggs’ much-loved book, and the film directed by Dianne Jackson and produced by John Coates, has transported a generation of children and their families into the wintery wonderland of a boy and a snowman that comes to life.

With music and lyrics by Howard Blake, including Walking in the Air, choreography by Robert North, directed by Bill Alexander, alongside Ruari Murchison’s enchanting design combined with Tim Mitchell’s spectacular lighting, The Snowman continues to enchant audiences with a captivating mix of dance, live music, storytelling, spectacle and magic.

Suitable for all ages.

Please note this information reflects the rescheduled dates of these performances. The original dates were cancelled when we announced the closure of the theatre to reduce the spread of coronavirus. The programme has not changed from its original version.

Since being founded in 1913, Birmingham Repertory Theatre has been one of the leading national producing theatre companies. It has introduced a range of new and foreign plays to the British theatre repertoire, and has been a springboard for many internationally acclaimed actors, designers and directors.