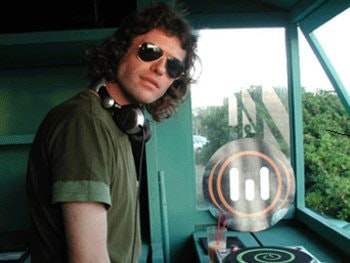 Possibly the most respected DJ in South America who has a distinctive sound that draws on 80's Chicago house and progressive European house influences.

Along with a handful of his fellow countrymen, the Israeli is now at the forefront of a movement towards the melody-rich and emotionally charged roots of the House music spectrum. Guy’s productions have earned praise for their tight, driving beats, shimmering, warm synths and blossoming, journey like arrangements. Straddling the lively, timeless space between ambient, house, techno and electronica he constantly maintains a melodic and highly emotive core to his music.

King Roc adds a sense of drama playing the music he describes as 'music digital pimps and dirty girls'. He shot to fame after his tune 'Electro Disco Tease' which he recorded in collaboration with Tom Neville under the Silver Sonic name, became a world-class anthem.

Turnmills resident Tania von Pear - one girl on a mission to rock the world's more discerning dancefloors and produce quality music that stands the test of time.