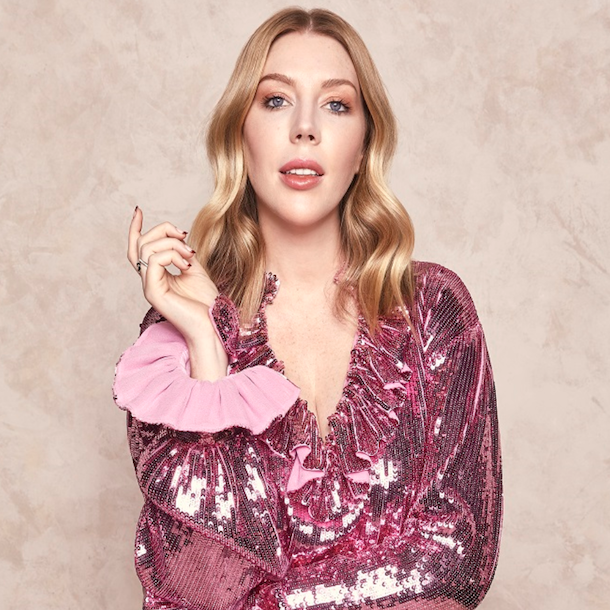 Star of Netflix smash hit series The Duchess (along with two global Netflix comedy specials: In Trouble and Glitter Room), comedian and TV’s Katherine Ryan makes a hugely welcome return to the stage with her brand new live show Missus. Having previously denounced partnership, Katherine has since married her first love…accidentally.

A lot has changed for everyone, and we can look forward to hearing Katherine Ryan’s always-hilarious new perspectives on life, love, and what it means to be Missus.

The product of a strict Irish father and a glitzy Canadian 'stage mom', Katherine Ryan won neither friends nor pageant titles growing up. Try as she might to shed her questionable perspectives and super sparkly nature, she's not sure we can ever truly escape our childhood indoctrinations. Katherine puts a hilarious spin on many topics including life as a single mum and gender hypocrisy in a laid-back, funny, and downright honest show. As well as being a writer-performer Katherine is also a talented actress and played the lead role of George in Victoria Pile's Channel 4 series Campus. Katherine also appeared regularly throughout the second series of Episodes as Merc's Assistant. 'She has perfect timing and enough attitude to stop an elephant in its tracks' (Time Out) 'If only every comedian was as acerbic, smart and downright funny as Katherine Ryan' (Eastern Daily Press) 'This entertaining hour... flies by... all the hallmarks of an increasingly assured comic...' (Steve Bennett, Chortle) 'Warped wit... striking presence... killer lines... calm confidence' (The Scotsman) 'Thoughtful, funny and just twisted enough' (The Times). Katherine Ryan was named in Ents24's top 5 hardest-working comedians of 2015.