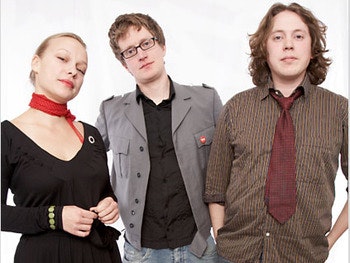 Belleruche's distinctive sound is a self-styled brand of handmade hip hop blues soul: think Sarah Vaughan, Django Reinhardt and Cut Chemist stuck in a lift with Russian beer and a sampler. The trio is made up of Kathrin deBoer (vocals), Ricky Fabulous (guitar) and DJ Modest (decks).

Formed in London during the early 1990s, the band's core members Jake Wherry and Ollie Teeba were inspired by soul, funk and in particular the then current hip hop emerging from America. Whisking their way through hip-hop, rare funk and dusty grooves, their live appearances both in the UK and internationally keep them extremely busy.

As a soulful young jazz singer, Lizzy Parks has a melt-in-the-mouth voice whose maturity far outweighs her tender years. With confidence and assurance she sings a mixture of classic jazz and upbeat modern grooves. Delicate fragility blends with assertive attitude, making Lizzy Parks a name to remember.

Formed in 2007 and originally the brainchild of one MC, the Hackney-based outfit now stand as a full eight piece band whose onstage energy is a colossal live experience which has been sincerely replicated in their latest single. Influenced by New Orleans jazz, soul and the Big Bands of the '50s, Lazy Habits blast their sound into the 21st Century with hard hitting beats and slick lyrics about modern British culture and urban life.