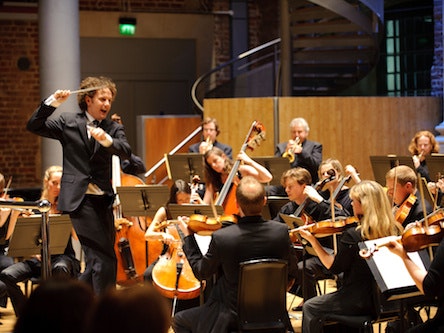 Countertenor Iestyn Davies co-curates a special London Unwrapped programme which sparks a dialogue across four centuries of music and ideas. At its root are songs by the brightest stars in the musical firmament of Elizabethan and early baroque London, John Dowland and Henry Purcell.

These distinctively English voices have inspired countless musical journeys by later composers, from Oliver Knussen’s kaleidoscopic refraction of a Purcell fantasia to Nico Muhly’s reimagining of Dowland’s Time Stands Still. Echoes of Shakespeare also reverberate, with Michael Tippett’s Songs for Ariel (originally composed for the Old Vic’s production of The Tempest in 1962) and Knussen’s miniature masterpiece Ophelia Dances, described by the composer as trying to evoke ‘a crossing of the line that divides laughter from tears.’

The programme also features a rare chance to hear another Ophelia from Richard Rodney Bennett: his setting of a 16-year old Arthur Rimbaud’s poem Ophélie includes the extraordinary sound of the Ondes Martenot, one of the earliest electronic instruments developed in the 1920s. This will be the first performance of the work in the UK since its premiere in 1987. The Principal Players of Aurora Orchestra also perform Harrison Birtwistle’s Cortege, a ritualised orchestral ‘dance’ in which individual instrumentalists take turns to deliver a melodic line from the centre of a circle of players.

Aurora Orchestra aims to inspire, challenge and astonish new audiences with great music, brilliantly performed. It seeks to be the UK's most versatile orchestra, combining world-class performance with eclectic and innovative programming, a commitment to adventurous collaboration across perceived frontiers of musical genre and artistic form, and a refusal to be bound by convention. 'In a city suffocating with musical activity, Nicholas Collon's Aurora Orchestra lets in more fresh air than most. The aim is to make an audience hear anew, not by sugaring any pills, not by didactic explanation, not by light-shows, but by context' (The Times) 'It is hard to imagine performances more assured and expressive than these by Nicholas Collon and the Aurora Orchestra' (BBC Music Magazine).

Acclaimed countertenor Iestyn Davies has performed on concert platforms around the world including the Royal Opera House and New York's Metropolitan Opera.