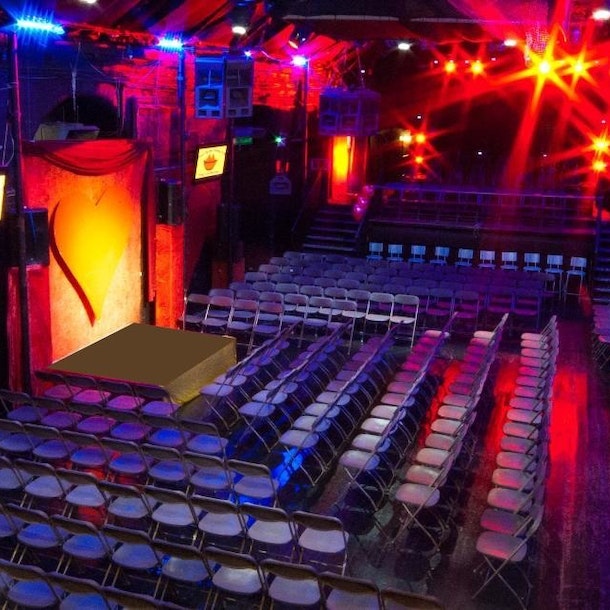 The Original Covent Garden Comedy Club @ Heaven is the biggest and most successful Independent comedy club in Central London with the best acts in the business.

The success of the Covent Garden Comedy Club is due to its friendly and professional atmosphere and the fact that you can see the best comedians from the International Circuit in a welcoming and intimate environment. There are four different comedians every week and they include many stars of radio and TV.

Capacity for the club is 200 and the shows are always very busy so early booking is advisable. Seats are pre-allocated and reserved for you until the show begins.

Please visit coventgardencomedy.com/ for more information and up to date line-ups.

Perrier Award nominee and Hackney Empire winner, Luke Toulson has been a guest on BBC Radio 4 and 5 Live, and written for comics appearing on Live At The Apollo and Mock The Week. 'Rock solid comedy' (Chortle) 'An explosion of good-natured self-deprecation and exasperated observations...' (The Daily Telegraph) 'Toulson is clearly a gifted comic' (The Sunday Times) '... he is the kind of comedian who should share the spotlight with the more established stars' (The Stage).

Touring the UK, Ireland, and soon the world, one of the 2015 BBC NATY's Matthew McAloone can be seen at any of the top clubs, performing or hosting to great acclaim. With credits and compliments from the Comedy Store, The Stand, Glee clubs and more, expect big things from this audience favourite. Bringing a style that mixes storytelling, line crossing, and a realisation he is too large to be told off for being a smartarse, no performance is ever the same so the only way not to miss out is to see Matthew as often as possible. “A confident character that obviously revels in a challenge” Comedy Store Manchester "A Comedic Forest Fire!" Comedy Cafe Theatre, London