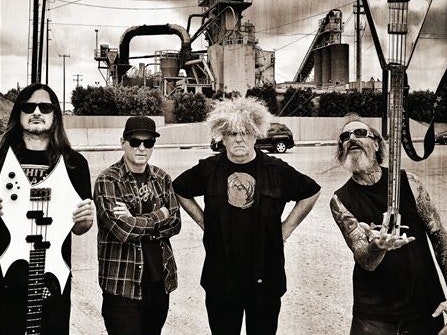 Watching the Melvins perform live is always an event to look forward to - but never before has there been news quite this exciting, as the band announce two totally unique Melvins performances in London this May.

Ladies and gentlemen, Live Nation presents an evening with Melvins performing live Lysol and Houdini at London Brixton Electric on Sunday 19th May and playing Bullhead and Stoner Witch at the same venue on Monday 20th May.

Buzz 'King Buzzo' Osborne and Dale Crover, with an interchangeable series of bassists, form cult band (the) Melvins, whose slow, sludgy sounds have influenced some of the most important hard rock acts since the 1980s, including Nirvana and Boris. The Melvins continue to create humorous, original music and remain a huge influence to many alt-rock, punk and metal bands today.