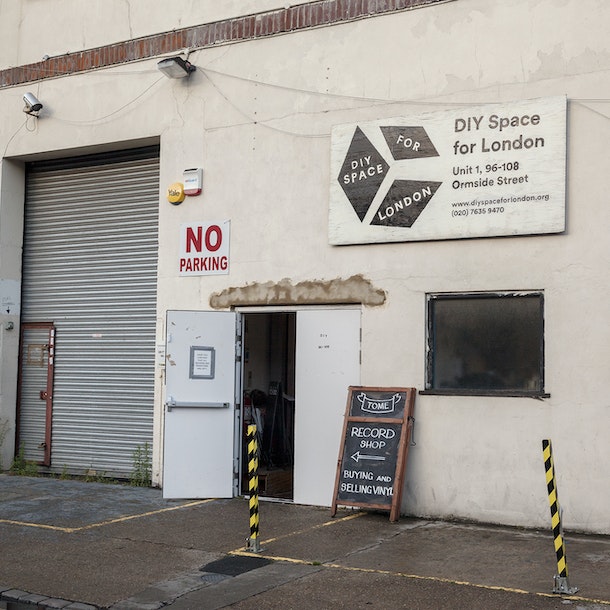 at DIY Space For London
Passed

**This event was moved from The Shacklewell Arms to this venue.

A fundraiser for Abortion Support Network and Phone credit for refugees and displaced people.

Dog Chocolate sound like a crowded room but are actually four individuals from London. Having played in many other bands including Yeborobo, Limn and Gasp! Cracking Eggs, united they recognise Dog Chocolate as their one true love. Abandoning notions of elegance, cred and professionalism they embrace the ramshackle, instant and fun, capturing a vivid spontaneity with their music.

Trash Kit are a careering skip-rope no-wave trio from London. Mixing chaos and trippy melody in equal measure, Trash Kit are as jubliant as they are focussed. Vocals tangle with each other and highly expressive drum patterns, while guitar lines make for a serious adventure into the realms of party.

Trust Fund is Ellis Jones and friends who make the kind of melancholy power pop you wish you had heard during your awkward years. Rough strumming, yearning, ranged vocals and with a hint of Elliott Smith delicacy, it’s the perfect combination to fall in love with. The D.I.Y. aesthetic only makes it all the more enticing and all the more honest.