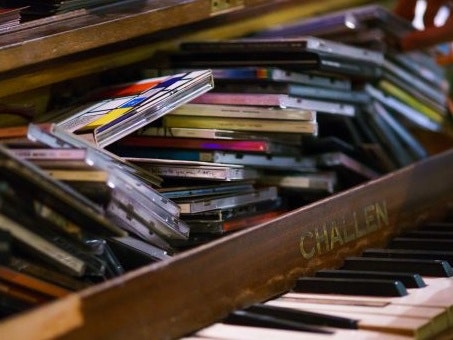 See all dates for All The Right Notes

Their signature explosive nights of new works in progress return with an All The Right Notes special, feature the following pieces:

Yes My Selector by Ross Sutherland

Poet Ross Sutherland delivers a love monologue, edited together from real things he has shouted at drum and bass DJs mid-set. Ross hosts the new writing podcast, Imaginary Advice. His plays include Stand By For Tape Back Up and Party Trap. His poetry is available from Penned in the Margins.

Using beatbox, rap and spoken word this show will explore the lives of different charters living in a London tower block. An exploration of class, gentrification and race.

“Im going to get in a cupboard and take you to Elephant and Castle”, said Tom. “Good” said Lillian and she turned over, taking the bed covers with her.

Husband and Wife, Lillian and Tom, play Wife and Husband. They share a bed. Lillian likes to sleep. Tom likes to sleep walk. And sleep talk. A lot. Part live music gig, part Theatre. This is Gig Theatre. Elephant and Castle is another world between waking and sleeping. This is a scratch performance of 20 minutes performed by award winning? Lillian Henley (1927) and Tom Adams (Still Score, Howl at the Moon)

I Belong by Nima Séne

Supported by a BANNER Graduate Award 2016, an Artsadmin initiative supported by Goldsmiths, University of London and the Royal Conservatoire of Scotland.

Poet Paul Cree is a Member of Rubix poetry collective.