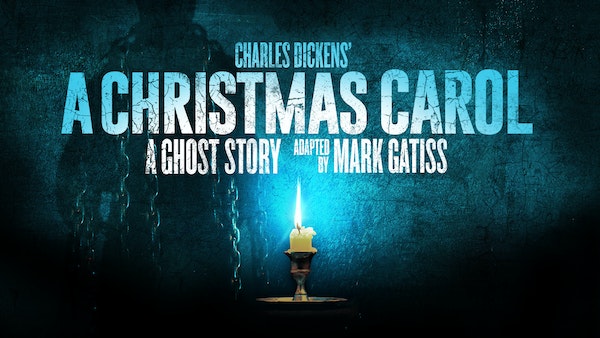 Mark Gatiss (The Madness of George III, Dracula, The League of Gentlemen, Doctor Who) stars in his own retelling of Dickens' classic winter ghost story. As Halloween approaches, prepare to be frightened and delighted in equal measure as you enter the supernatural Victorian world of A Christmas Carol.

It's Christmas Eve. As the cold, bleak night draws in, the avaricious old Ebenezer Scrooge is confronted by the spirit of his former business partner Jacob Marley. Bound in chains as punishment for a lifetime of greed, the unearthly figure explains it isn't too late for Scrooge to change his miserly ways in order to escape the same fate, but first he'll have to face three more eerie encounters.

Playing the ghost of Jacob Marley, the multi award-winning Mark Gatiss reunites with director Adam Penford (An Enemy of the People, The Madness of George III) for this landmark new production. Staying true to the heart and spirit of the original novel, A Christmas Carol - a Ghost Story is filled with Dickensian, spine-tingling special effects; are you brave enough to join us?

Mark Gatiss is an English actor, screenwriter and novelist. He is best known as a member of the comedy team The League of Gentlemen.