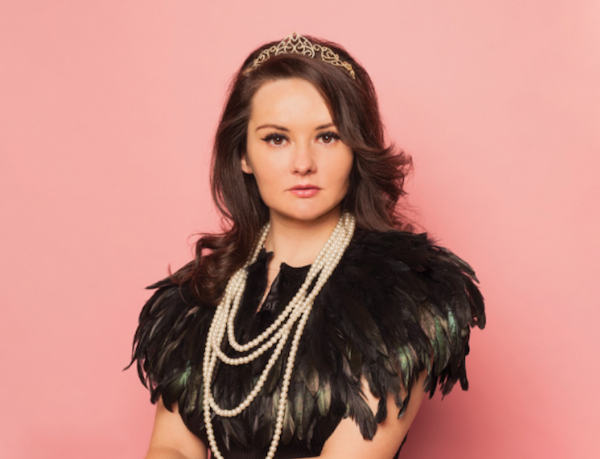 It’s been a long lockdown, and Christmas is cancelled so let’s gather round the metaphorical fireplace and listen to comedians telling ghost stories! Join the terrifying Rachel Fairburn and her collection of creepy comedy friends for a night of spoooooky stories and frightening fun at a safe distance.

Rachel Fairburn is a comedian as well as co-host and co-writer of the worldwide smash hit All Killa No Filla podcast. Bright, brave and bitterly enjoyable." The Skinny **** "She moves seamlessly from moments of mirth to gallows humor" The Wee Review **** "Very accessible, unpretentious, intelligent and Funny" The 730 Review **** "She's blunt, she's honest and she's funny." **** One4Review

Daring, original and innovative... Luke McQueen has been performing stand-up since 2006, and is also part of the sketch group The Gadabouts. He was a finalist in the English Comedian Of The Year competition 2009' (Chortle) 'McQueen makes the room crackle with life’ (The Guardian) 'This is a show that you will remember long after you've been released back into the world’ (Broadway Baby) 'Impeccable timing and a grandmaster of chaos’ (Edinburgh Evening News).

Saima is a comedy producer, director, writer and part-time vampire slayer. Notable for her work on short film 'Luger' with Lolly Adefope, Ellie White and Jack Whitehall, as well as directing Sophie Duker's show 'Venus' and was most recently awarded 'Vampire Slayer of the Century'. She is also the founder of Creatives of Colour - a series of workshops and a podcast series designed to uplift and connect people of colour to the arts and slayer community.

'Incisively witty material which ploughs genuinely original comedic terrain coupled with an assured and perfectly paced delivery mark Mr Duggan out as one to keep a keen eye on in the future' (Spotlight Comedy) '... absorbs you so completely' (Chortle).