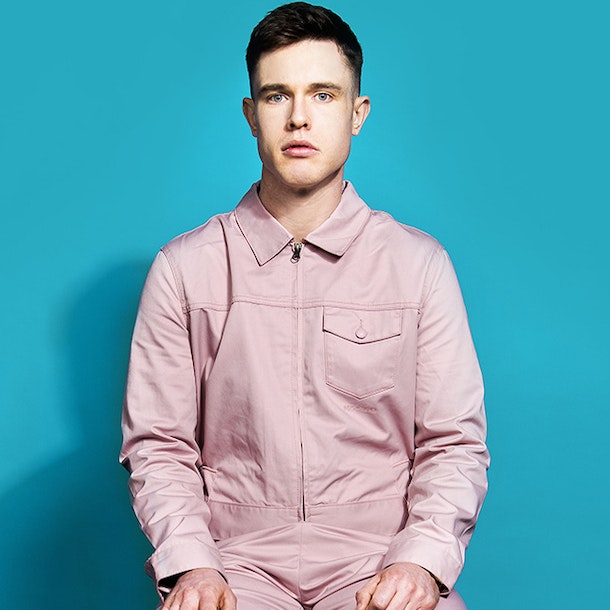 This is a reduced capacity seated gig. Tickets are sold in a table of two.

Please wear a mask whenever you're not seated.

This gig is table service only - there will be a QR code on your table so you can access a menu or download the TableDrop App in advance.

If another member of your household would like to buy an additional ticket to your table of two, please email ruby@the100club.co.uk and we can try to accommodate.

Annie McGrath is an ward-winning comedian, actor, regular Soccer AM guest and one half of double-act, Twins, with Jack Barry. 'Annie McGrath is particularly good at getting the timing of every punch line just right and the audience seems at her mercy with every line she speaks... she's also pretty good at acting’ (edfringe review) 'Laidback, freewheeling... Endearingly low-fi' (The List) 'Annie McGrath performed a one-woman p*ss-take of Home Alone, done with little more than beautiful timing and spot-on delivery’ (The Cambridge Tab).

Travis Jay burst onto the comedy scene in 2009, after being inspired by Kojo's Comedy Funhouse. He's continued to go from strength to strength performing in many venues across the country including The Comedy Store, Comedy Cafe, The Barbican, Hackney Empire and The Shaw Theatre. Drawing on observations on life for his material, his influences are the likes of Bernie Mac, Dane Cook, John Bishop, Kat Williams and Dave Chapelle. He has previously warmed up for Ava Vidal at Soho Theatre and Angie Le Mar - his mother! - at the Barbican.