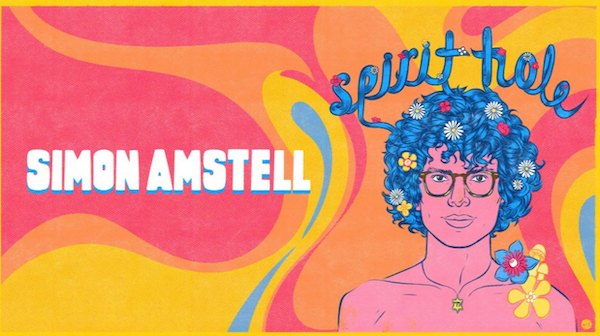 Simon Amstell has announced a huge tour for autumn 2021.

'Spirit Hole' is the comic’s first stand-up show since What Is This? in 2017, and is 'a blissful, spiritual, sensational exploration of love, sex, shame, mushrooms and more’.

Former C4 Popworld presenter, host of The Morning After Show and Mardi Gras comedy competition finalist. Simon has won an RTS Award for his work on Never Mind The Buzzcocks as well as a Broadcast Award, two British Comedy Awards and was nominated for a BAFTA in 2008 which was the year that he left Never Mind The Buzzcocks to concentrate on his live stand-up shows across the country. Simon’s debut feature length film 'Carnage' aired on BBC iPlayer in 2017, followed by 'Benjamin' which premiered at the London Film Festival in 2018 and was released internationally to widespread critical acclaim. 'Existential questions with belly laughs...Comedy is rarely as smart or adventurous as this' (Chortle) 'Masterful' (Metro).