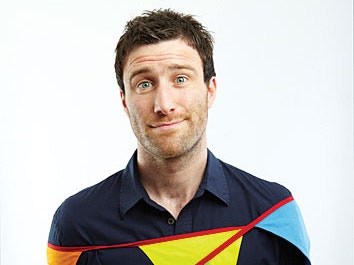 'Skinhead, intellectual, and specialist compere, Roger Monkhouse employs a deadly combination of charm and menace to exert a masterful control over any audience' (Glee) 'His laconic delivery shields an engaging persona and an enquiring mind' (The Guardian) 'Pulls punchlines, seemingly, out of thin air... Saucy - and uncompromisingly so - sometimes topical, sometimes punny, sometimes clever, sometimes daft... There is, in short, something in this varied comedy menu for every taste... A gifted natural... One of the consummate professionals of the stand-up circuit' (Chortle) '... one of the most experienced acts in the business. His deadpan style and quick wit make him one of the best acts out there, and he is a regular fixture at top venues all over the country, as well as performing extensively throughout the rest of the world' (Funhouse Comedy).

After surviving two rehabs, various detention centres and a childhood on the streets of Hull, Sam draws on his wealth of experience to bring you a humorously cynical (yet optimistic) slant on life. Mercury New Comedian of the Year Nominee 2008 and Tenfoot City Comedian of the Year Finalist 2008. 'Sam delivers his material like a pro - his timing and emphasis is note perfect' (Chortle 2008).