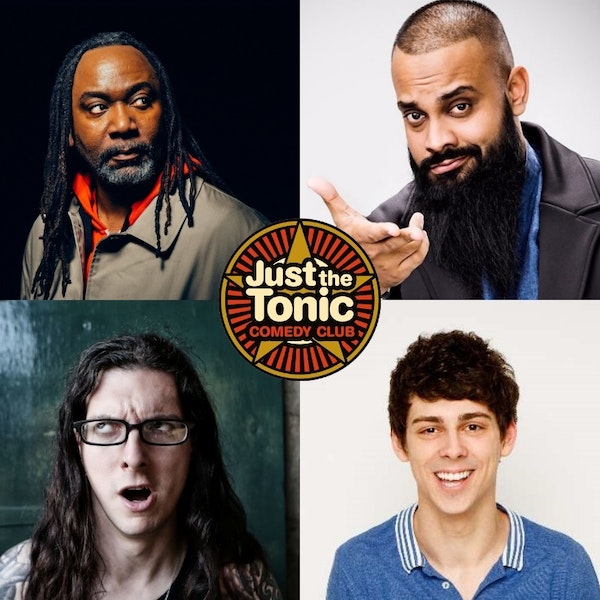 at Just the Tonic Comedy Club at The Assembly, Leamington Spa
Passed

This is our launch night in Leamington

Andrew's combination of sci-fi twists on real life, long hair and impeccable manners have led him being revered on the London comedy circuit. Activist, misanthrope and transvestite waxes comical about the decline of British industry. 'One of the funniest comedians on the circuit at the moment... hitting new heights of comedic brilliance' (Timeout) 'So funny I put him on my new TV show' (Steve Coogan) '... talented, intelligent and unique. Bringing the spirit of the alternative '80s back into the comedy circuit' (Dazed & Confused) 'clever comedy for those who like their laughs original, off-kilter and cliché-free' (Three Weeks) '... comedian, metalhead, amateur occultist and musician... Sharp, artistic and unique, his innate confidence and fondness of absurdity leaves his audiences feeling full of glee' (Funhouse Comedy).

One of the hottest and fastest rising comedians on the circuit, Matt has made a name for himself presenting some of the biggest shows on television, including The Xtra Factor, Celebrity Haunted Mansion and The Hangover Games, all whilst presenting the Drive-time Show on Virgin Radio. As well as all this presenting work he's been a guest on Roast Battle & The Chris Ramsey Show (Comedy Central), Celebrity Juice, I'm a Celebrity: Extra Camp, CelebAbility and Love Island: Aftersun (ITV2) as well as Celebrity Squares and The Chase: Celebrity Special (ITV1), as well as Big Brother's Bit on the Side and Lip Sync Battle (Channel 5) as well as hosting a brand new show on E4 and Channel 4. ‘One of the top comedians in Edinburgh this year’ Theatreweekly.com ‘An explosive show that left people with bellies aching from laughter’ Voice Magazine 'Mildly laddish, but self deprecating stories all delivered with an irresistible twinkle... This (extremely) young stand-up is poised to be the next bright, young sensation on the circuit - expect to hear a lot more of him' (The Guardian) 'Hilarious and charming' (The Daily Mirror).