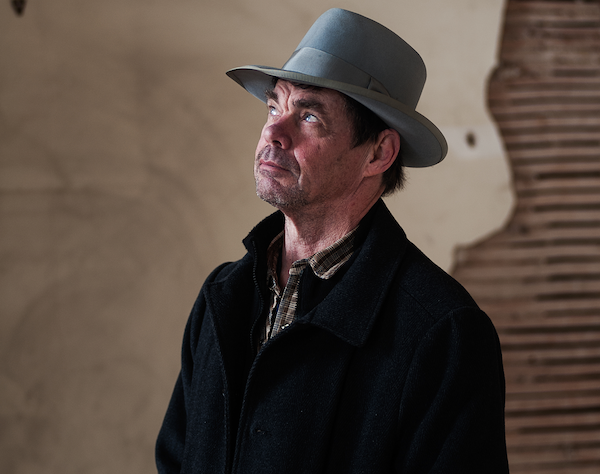 Rich Hall's comedy / music locomotive keeps on rollin'. Ever-evolving, ever-changing, Rich's combination of keen acerbic stand-up combined with spit and sawdust alt-country lyricism is a "win-win" (Guardian), as sold out crowds across the UK have attested.

Since appearing in the guise of his redneck alter-ego Otis Lee Crenshaw in 1998, award-winning Rich has won critical acclaim across the Globe by performing to sell-out audiences each year at the Edinburgh Fringe, throughout sell-out UK tours and at comedy festivals worldwide. His grouchy, deadpan style has established him as a master of absurdist irony and the king of rapid-fire wit. Rich has also become well known for his television and radio work. Notable UK appearances include regular appearances on 'Stand Up For The Week' (Channel 4), 'QI' (BBC1/2), 'Live At The Apollo' (BBC1), 'Channel 4's Comedy Gala Live At The O2', 'Have I Got News For You' (BBC1), 'Rich Hall's Cattle Drive' (BBC4), 'Rich Hall's Gone Fishing' (BBC4), 'Otis Lee Crenshaw – London Not Tennessee' (BBC2) and 'Never Mind The Buzzcocks' (BBC2). 'Creeps up on you and ambushes your funny bone like no one else' (The Scotsman) 'As close as it gets to a guaranteed good show' (Scotland On Sunday) 'Top drawer stuff from a comedian who just seems to get better and better' (STV) 'Immaculate wordplay imbued with a genuine passion for the songwriter's craft' (The Times) 'Hall's genius, on the spot lyrical rhyming is raucously entertaining and very clever' (Spears magazine) Rich Hall was #10 in Ents24's Hardest Working Comedians of 2018 list.