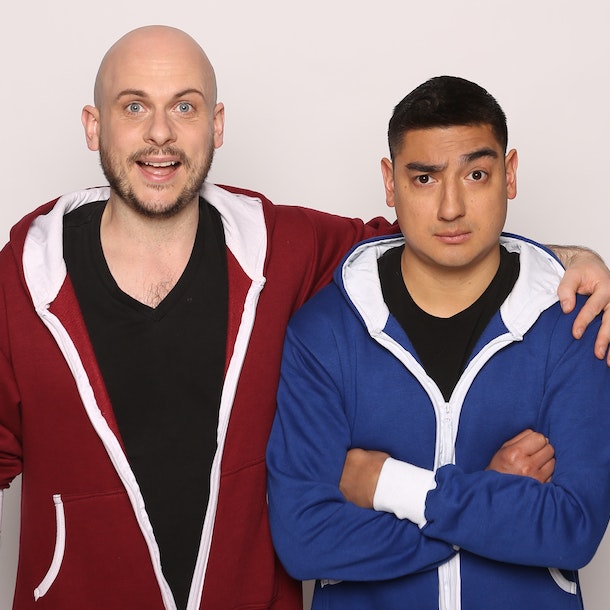 The Just Us League - Marvelus: All The Marvel Movies? Kind Of

Supplied by WeGotTickets. Customers with disabilities please call 07759 765 824 to book.

We're delighted to present the world's premier nerd-culture comedy double-act, The Just Us League, with their smash hit show MARVELus: All the MARVEL Movies? Kind Of

Squeezing (almost) all the MARVEL movies into an action-packed evening of laughs, their short punchy sketches and high-energy style will delight the whole spectrum of MARVEL fans; from those that have seen just one movie to mega-aficionados who know the franchise inside out. It's weapons-free comedy that takes no prisoners.

Direct from sold out shows at Edinburgh Fringe Festival and a critically acclaimed, award-nominated tour of Australia and New Zealand.

The show runs 75 minutes with no interval.
Suitable for all 14+ (some strong language).

Gary Tro and Javier Jarquin are both accomplished stand-up comedians in their own right. Together they join forces to form The Just Us League - the world's premier nerd-culture double-act. Using their signature high-energy style to create short, punchy scenes, it’s weapons-free comedy that takes no prisoners. High octane, channel-surfing hilarity for your inner nerd. “*****" WhatsupNZ “****” Perthhappenings “****” WeekendNotes “****.5” Edinburgh Culture Review “Hilarious…this show is well worth your time” – The Scotsman “Incredibly funny, they nailed everything!” Edfringe.com