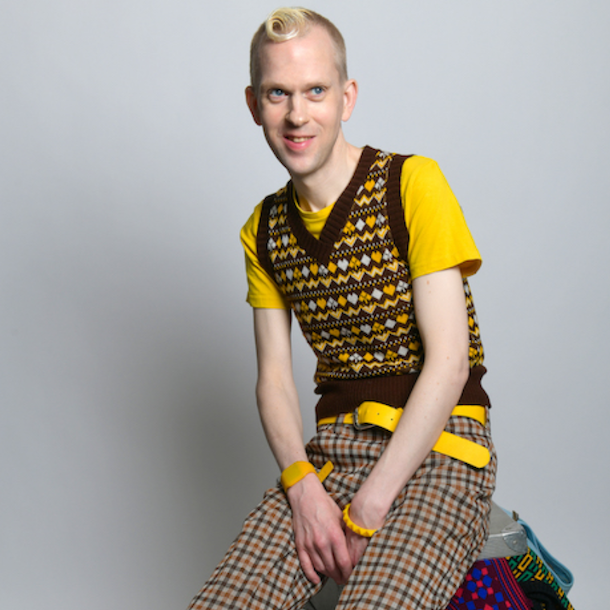 This show has been rescheduled to 10th September 2021.

As the only gay, Aspergic, quarter-Welsh comic on the British comedy circuit, Britain’s Got Talent 2018 helped to highlight Robert’s distinctive comedy genius. Known for his brilliant timing and anarchic performance style, Robert’s chaotic stage presence, improvisational skills and delivery saw him win the Malcolm Hardee Award for Comic Originality. A regular at the Edinburgh Festival Fringe since 2010, his shows regularly impress critics and audiences alike, winning the hearts of the British public. His hilarious routines have also received over 6 million views on YouTube winning him legions of fans across the UK and beyond. 'Robert White, probably – no definitely – the only asperger, dyslexic, cross lateral, gay, quarter-Welsh, webbed toed comedian on the circuit' (The Guardian).