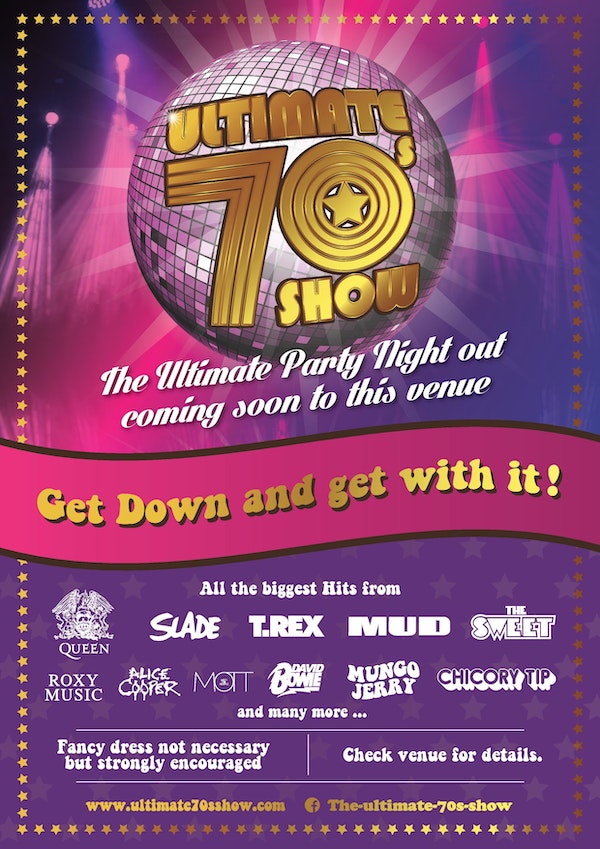 Get Down and get with it with the Ultimate 70's Show, a totally live seven-piece tribute to the rock and pop music of the 1970s, with both male and female lead vocals. The band features Martin Metcalf (ex-Geordie), alongside the powerhouse vocals of Chris Peters and Jen Normandale. The Ultimate 70's show is an extravaganza featuring the biggest hits from Slade, T.Rex, The Sweet, David Bowie, Suzi Quatro, Alice Cooper, Mott the Hoople and Queen to name but a few. With all the colourful costumes you would expect from this era, this show is a feast for the eyes and ears.