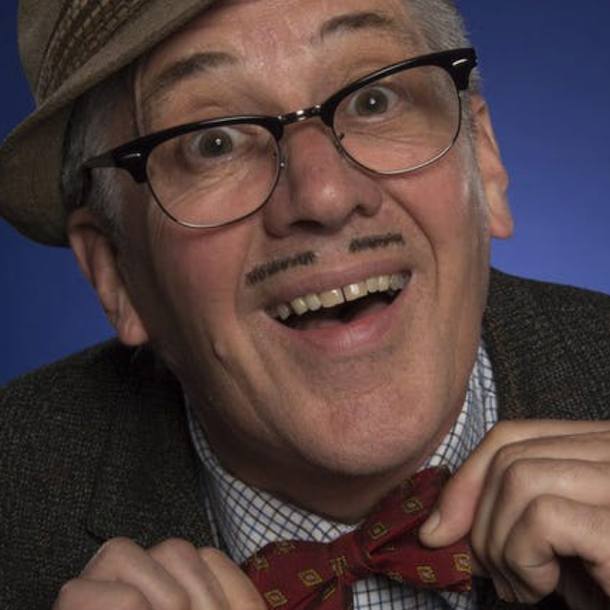 Count Arthur Strong - And This Is Me!

And This Is Me! A twentieth anniversary tour!

After many years of giving his wonderful lecture talks of his he does, Count Arthur Strong has at last bowed to substantial public demand and allowed himself be talked into making the show about himself for once. And that had never occurred to him before because of him being highly magnanimous.

From his breakthrough Edinburgh Fringe show ‘Forgotten Egypt’ in 2002, to talking about himself in 2022. Arthur has two decades of memories from his ten national tours, 15 years of his multi award winning radio show and three series of his BAFTA nominated TV sitcom.

“Pure genius and pure tribute to the golden age of vaudeville” Bruce Dessau, Evening Standard
“At every turn, his performance gives us something to marvel at” Brian Logan, The Guardian

This poor misguided fool is possibly the funniest, most pathetic character since that hapless reject, Alan Partridge disgraced our screens. Then again, maybe funnier. Steve Delaney first created the character that would go on to become Count Arthur Strong whilst studying at the Central School of Speech and Drama in the 1980’s. In the 90’s he resurrected the character for an outing on the comedy circuit at the King’s Head, Crouch End and on the following day retired from acting to focus his career on Arthur. Arthur’s first outing at the Edinburgh Fringe in 1997 saw Delaney win a commendation from the Perrier Panel and the character quickly attracted a cult following. In 2002 Count Arthur Strong returned to Edinburgh with Komedia Entertainment and then entered an intensive period of production, with five Edinburgh Fringe runs and eleven national tours. This ranged from 2002’s ‘Forgotten Egypt!’ to 2017’s ‘Sound of Mucus’ national tour. Over the years Count Arthur Strong has acquired a dedicated fan-base of fellow performers with Ross Noble, Johnny Vegas and Steve Coogan being vocal supporters in the early days. The likes of Jennifer Saunders, Martin Clunes and Paul Merton quickly followed suit with Paul McCartney and Billy Connolly recently adding their weight to the list of celebrity fans. In 2008 Delaney started to develop the character for TV with Graham Linehan. In 2012 a sitcom titled ‘Count Arthur Strong’, produced by Retort TV and Komedia Entertainment, was broadcast on BBC2. The series was nominated for several British Comedy and BAFTA awards, including listing for Best Sitcom by both judging panels. The second series of the sitcom was produced in 2014 and transferred to BBC1. A third series of the sitcom is planned to air on BBC1 in early 2017. 'One of the greatest comic creations of this century' (The Mirror). '...an immaculate performance' (Mail on Sunday). 'An evening of inspired lunacy’ (Brighton Argus).