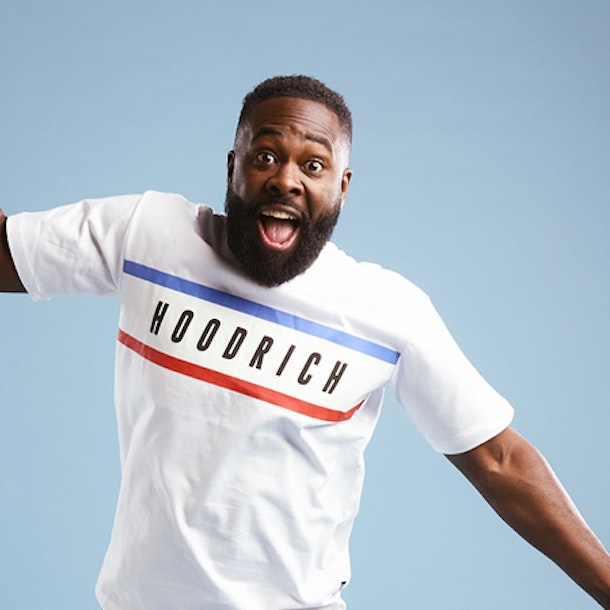 Hailing from East London, Kojo is a three-times winner of Best Male Comedian at the Black Entertainment Comedy Awards, and is one of the UK's rising comedy stars. He got to the semi finals of Britain's Got Talent in 2019. He has toured with the likes of Kevin Hart, Chris Rock, and Dave Chappelle and has now delivered his first ever comedy feature film The Weekend in which he plays 3 characters in the same movie.