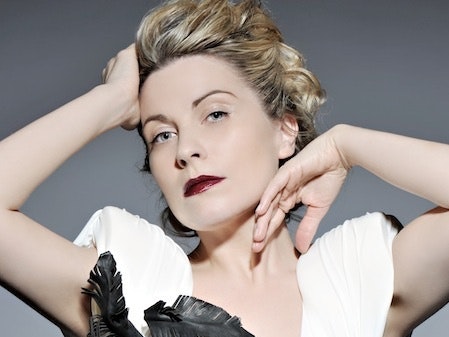 at The Capitol, Horsham
Passed

Louise and Rachel - Live In Concert

The Capitol are thrilled to present an exclusive concert for Horsham in the New Year.

Featuring two of the West End’s most prestigious stars, Louise Dearman and Rachel Tucker are joining forces to bring Horsham an unforgettable evening of live music. Featuring songs and stories from their favourite shows, this presents a unique opportunity to see these two stars on stage together. Having both played Elphaba (Wicked) in London and on Broadway respectively, there’s no doubt a magnificent evening of musical and vocal brilliance awaits.

After reaching national recognition on TV’s ‘I’d Do Anything’ Rachel Tucker has been wowing audiences both sides of the Atlantic in various productions including ‘Wicked’ and ‘Come From Away’, receiving an Olivier award nomination for the latter.

After graduating from Laine and receiving their Musical Theatre and Opera Award, Louise joined the touring cast of Joseph And The Amazing Technicolor Dreamcoat as the The Narrator. Soon after, she played Jan in the UK tour of Grease, later returning to the role at the Palace Theatre. Other credits include roles in Guys And Dolls, Jekyll And Hyde, Cats and Evita. She is also a recording artist with a number of acclaimed albums to her name.

Northern Irish singer and actress who competed as one of the finalists in the BBC talent show-themed television series I'd Do Anything in 2008.