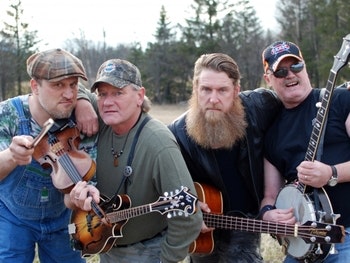 An American group who started out as an Appalachian style tribute to AC/DC, playing traditional instruments such as fiddle, mandolin and banjo. Following the release of 2001's 'A Hillbilly Tribute to AC/DC' they branched out, playing songs by other rock luminaries, as well as a few original compositions.