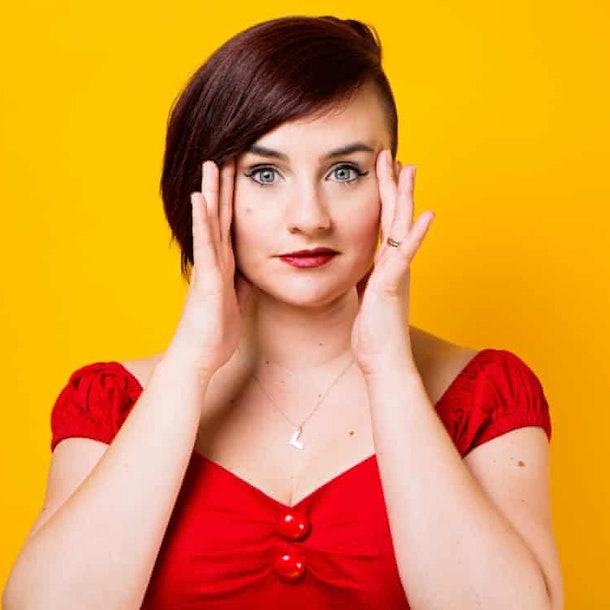 Comedy Comedy teams up with Henlow Bridge Lakes to put on a special outdoor comedy show!

PAUL TONKINSON is a sensational live performer, Yorkshire man, marathon runner and former (double award-winning) Time Out Comedian of the Year. A comic with a polished line in mimicry who manages to ridicule most of the UK, and abroad, at the same time.
He has numerous television appearances including Michael Mcintyre's Comedy Roadshow, Comedy Central's The Comedy Store and The World Stands-up. Back in the day, when he was a mere whippersnapper he had a stint presenting Ch. 4's The Big Breakfast!

'Hilarious. No one makes me laugh like Paul Tonkinson. Go see him' - Michael McIntyre

LAURA LEXX is an award-winning comedian and writer. With her trademark pixie cropped hair and a twinkle in her eye, Laura is a natural storyteller who can tease a grin from pretty much anyone! She has appeared on Live At The Apollo, Mock The Week, Hypothetical & Comedy Central's Roast Battle.
She recently came to the public’s attention with her fictional Twitter thread about being married to Jurgen Klopp which went viral this was the inspiration for her book.........Klopp Actually: (Imaginary) Life with Football’s Most Sensible Heartthrob.

JULIAN DEANE has been wowing audiences across the country with his genius punch lines and perfect delivery. Julian was recently seen performing on Russell Howard’s Hour and supporting Paul Chowdhry on the mammoth nationwide tour Live Innit.

PAUL REVILL will host the show.

A comic with a polished line in mimicry who manages to ridicule most of the UK, and abroad, at the same time. Time Out Comedian of the Year and Channel 4 star, best known for his time as a Big Breakfast presenter. Paul is one of the most esteemed performers working on the UK comedy circuit, with a bullet-proof set and an abundance of universally funny material. A guarantee of first class laughs from a sensational live performer and top-billing stand up star. Not to be missed! 'Hilarious. No one makes me laugh like Paul Tonkinson. Go see him' (Michael McIntyre) 'Hilariously obtuse and dependably funny' (Chortle).

Laughing Horse New Act of the Year Winner in 2010. 'Deane's well timed deadpan delivery was on cue every time, he'll definitely be one to watch' (Medway News) 'A particularly nice line in understated pay-offs' (Bruce Dessau, Evening Standard) 'Well written gags, well executed one liners' (Chortle) '... he's able to generate a stream of seriously good gags, the kind of quick, sharply written and endlessly repeatable lines that'll always keep a comic in work and an audience richly entertained' (The Guardian) 'It's just a matter of time before Julian Deane gets a boost up the comedy rankings... His trick is to make you think you're watching standard stand-up fare, then twisting expectations with sharp, original punchlines' (The Independent).