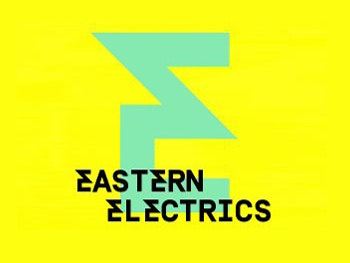 The UK’s premier underground music event Eastern Electrics Festival is back in 2015 for another unmissable summer spectacular in the beautiful, historic setting of Hatfield House for the second year running.

Born in a warehouse 7 years ago; Eastern Electrics has rapidly grown into one of the most influential names in UK club culture. The brainchild of Rob Star, the city’s most prominent promoter, EE has gone from intimate warehouse parties around London to a full-blown festival for the most dedicated ravers. Now in its fourth year and in a permanent new home, Eastern Electrics Festival always goes that extra mile to make it the day trip rave up of your summer.

In 2015, expect an exceptionally stellar line-up, as well as all the usual high-jinks in the Electric City - Pillow Fights, Cabaret, Paint Fights, Fairground rides and pub The Star of EE, plus the Glittermasque collective giving all revellers their time to shine with unadulterated glitter and adornment.

Croydon's wonderkid, the so-called ambassador of Dubstep. Skream, along with comrades such as Benga and the pioneering DJ Hatcha (Club Forward), created a new faze in dubstep and changed the landscape of urban music. Way before Grime existed, Skream was making his own brew of dubstep: dark. Get ready to meet the unique Skream, his sub-bass will blow you away.

In only a few years tINI has risen to being one of Germany’s most highly acclaimed female producers. In 2008 she joined the Desolat family, after she caught the attention of Loco Dice when playing at some of the same parties. It’s her ability in intuitionally knowing how to enchant her crowd during igniting main­time sessions, combined with her distinctive sound that has made her reputation what it is today. Constantly pushing the tech funk sound forward, the most significant highlight of her unique career was when she released her debut album on Desolat last autumn.

A pioneer, respected DJ, an accomplished producer/remixer, label / A&R manager and radio presenter, Matt ‘Jam’ Lamont has been an intrinsic part of the UK Dance scene from its very inception.

Miguel Campbell is part of the new school of house heroes, with his music joining the dots between disco, house, 80s pop and retro creamy stylings with ease. A master in selection and sequencing. What’s more, Campbell’s Outcross Records has long been a bastion of quality house music in Leeds.