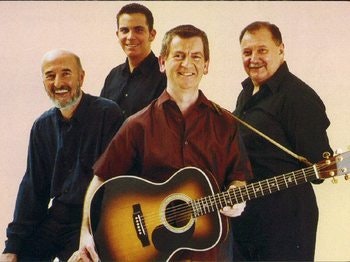 Putting on the Style

at The Studio, Hartlepool
Passed

Putting on the Style

A tribute to skiffle legend Lonnie Donegan, featuring hits such as 'Rock Island Line', 'My Old Man's a Dustman' and 'Does Your Chewing Gum Lose Its Flavour On The Bedpost Overnight?'. Featuring Paul Leegan and The Legends.

Paul Leegan and The Legends

The unique mix of blues, folk, country and jazz, termed 'skiffle', was the single musical revolution that influenced all artistes of the '50s and '60s. Sir Paul McCartney and Van Morrison have often reported on the lasting influence that skiffle and its founder Lonnie Donegan had on their careers. Now the music that inspired a generation of pop stars is back on tour. 'Putting On The Style' is an exciting concert celebrating the great country blues artistes whose songs make up the countless chart topping entries from the great skiffle period. Just a few of the songs for inclusion are: Rock Island Line, Lost John, Tom Dooley, Have A Drink On Me, Midnight Special, Jack O'Diamonds, Battle Of New Orleans and Putting On The Style.