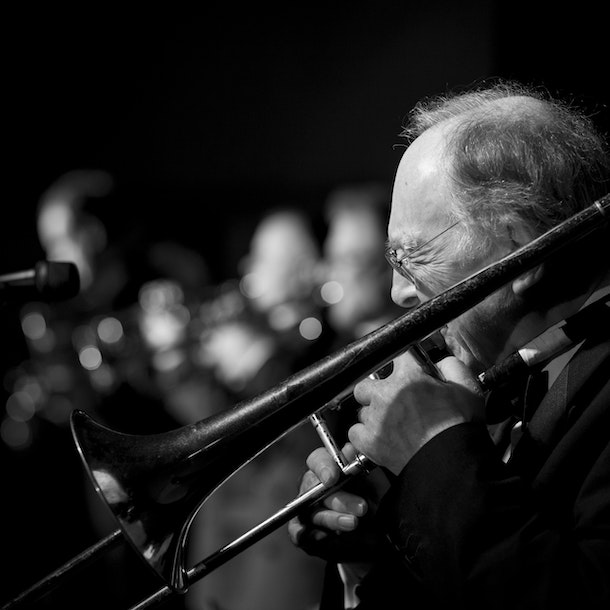 Jazz Legend, Chris Barber, celebrates his 69th Anniversary as band-leader in 2018 with a Europe-wide concert tour.

Inspired by the ‘King Oliver Creole Jazz Band’, Chris formed his first Band in 1949 at the age of nineteen and has since gone on to become not only Europe’s most successful and influential bandleaders, but a bona fide jazz legend

With his 10-piece band, featuring a 7-strong front line, Chris plays a selection of his favourite music: from his roots in New Orleans style in ‘Bourbon Street Parade’ to the early music of Duke Ellington and Sidney Bechet … before going back to ‘When the Saints’!

The Big Chris Barber Band combine all these ingredients into an exciting, and often moving, evening of world-class jazz.’

“When you can release an album that has artists such as Morrison, Waters, Clapton and Knopfler on it then you know you are held in high esteem in the music world. Of course, tying everything together is Barber’s own exemplary contributions on trombone” – The Telegraph

A legend of the jazz world since the early 1950s, playing the best in trad jazz, swing, blues and big band sounds. Barber is an icon of traditional jazz in the UK.