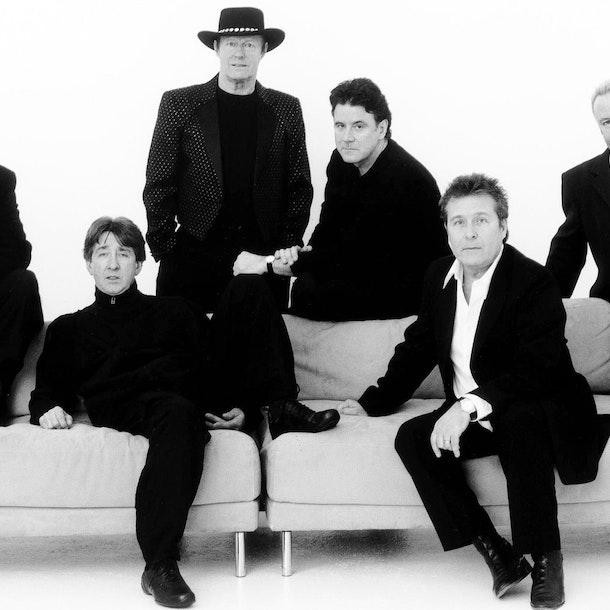 The Road Is Long Tour - An Evening with The Hollies

Legendary icons of British rock, The Hollies, have announced a UK tour in Autumn 2021.

Famed for their soaring, distinctive melodies and brilliantly crafted songs, ‘The Road Is Long: An Evening With The Hollies’ tour will see the band perform their best-known hits including ‘He Ain’t Heavy, He’s My Brother’, ‘The Air That I Breathe’, ‘Long Cool Woman (In A Black Dress)’, ‘Bus Stop’, ‘Carrie-Anne’ and ‘Sorry Suzanne’.

The line-up includes powerhouse drummer Bobby Elliott, and singer, songwriter, and lead guitarist Tony Hicks, both of whom are original members of the band. They are joined by lead singer Peter Howarth, as well as bass player Ray Stiles, Keyboardist Ian Parker, and Steve Lauri on Rhythm Guitar.

Their cultivated musicianship, coupled with the Hollies’ extensive back catalogue of memorable rock ‘n’ roll tunes, has ensured the longevity of one of the greatest groups to emerge from the early 1960’s British Rock Revolution.

In spite of the retirement of original singer Alan Clarke, the familiar line-up of Tony Hicks, Bobby Elliot, Ray Stiles, and Ian Parker, plus singer Peter Howarth and guitarist Steve Lauri, continue to present a dazzling show, featuring favourite songs and that trademark Hollies sound. The Hollies are one of Britain’s best-loved bands. Their soaring, distinctive harmonies, brilliantly crafted songs coupled with The Hollies extensive back catalogue of memorable hits has ensured the longevity of one of the greatest groups to emerge from the early 1960’s British Rock revolution – a time when British Music began to shake the world. The band have produced some of the best-loved songs: The Air That I Breathe, American number one: Long Cool Woman (In A Black Dress), Bus Stop, I’m Alive, Carrie Anne, the soul-stirring He Ain’t Heavy, He’s My Brother... the list goes on. The Hollies take great pride in presenting their theatre tours. No support act is needed as their stage performance can last for over two hours. Concert dates in the UK. Scandinavia, Europe, Australia and New Zealand take place on a regular basis. They have never disbanded and have toured Britain and the world every single year since 1963 Hollies were inducted into the American Rock ‘n‘ Roll Hall of Fame in 2010 for their ‘Impact on the Evolution, Development and Perpetuation of Rock and Roll’ and hold the coveted Ivor Novello Award for ‘Outstanding contribution the British Music’