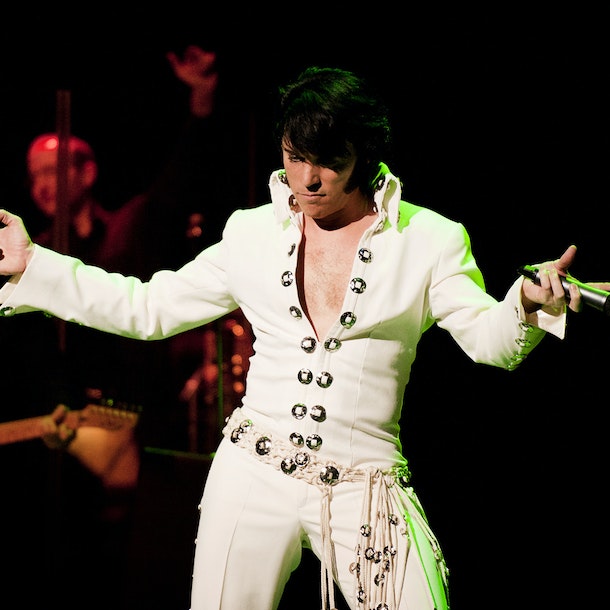 There are Elvis tributes… and then there’s Lee Memphis King.

Lee Memphis King, Europe’s most successful Elvis Presley tribute artist, recreates the essence of the King with consummate ease and an almost unbelievable combination of stunningly accurate vocals and incredible passion in every performance.

Over the last 10 years as Lee has toured his ‘One Night of Elvis’ he has picked up numerous accolades and has headlined and sold out some of the most prestigious venues across the UK and beyond. In August 2016 he completed a sell out concert tour of Israel, performing to over 8000 fans.

Memphis King is regarded as one of the most talented Elvis Presley tribute artistes in the world. He recently scored a significant success with Elvis connoisseurs during an international Presley Showcase in Canada. An accomplished singer in his own right with a truly superb range of voice he is also a natural-born entertainer. Together with his acclaimed band Deep South and Musical Director Mr Bip they provide an exceptional show reliving the magical memory of Elvis Presley and much more.