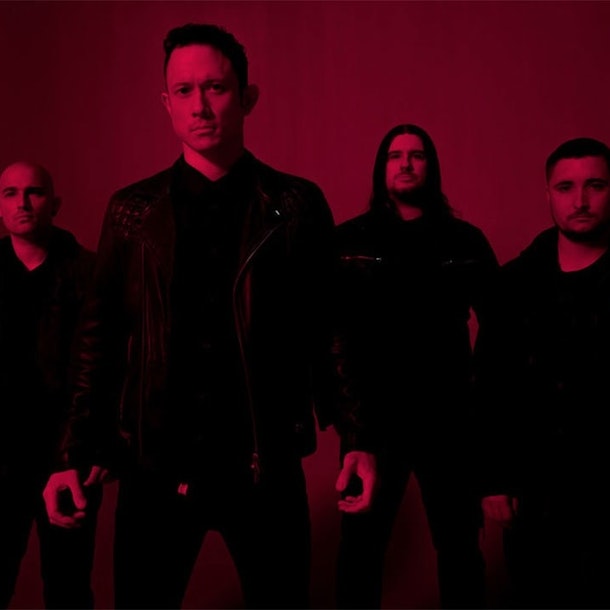 Trivium's obsessive dedication has paid dividends, apparent both in the success they've achieved (high profile tours, well-received albums and plenty of press interest) and in the music itself. Theirs is a broad-minded sound that encompasses elements of thrash, death metal and even prog-rock, and one that perfectly reflects the work put into it.

TesseracT is a progressive metal band from Reading, that uses math metal, djent, and technical metal elements in their music. Fans will often focus on the quintets time signatures and musical complexity, but TesseracT are far from an exclusionary exercise in tech/extreme prog metal pomposity. They fully embrace their experimental, prog sensibility without excessive indulgence or pretentiousness; delivering atmospheric, metallic songs that stir strong emotions and evoke powerful mental images. All of which, they argue, is at the core surprisingly simple. Since the formation of their five-piece line-up in Spring 2007, have picked up richly deserved props from peers (Textures, Meshuggah) and press alike (Metal Hammer, Rock Sound, Scuzz).

Fit For An Autopsy

Though the bulk of death metal deals with some pretty grisly subject matter, few bands' sounds match their contempt for society as well as Fit for an Autopsy. Purveyors of savage deathcore, the band's sound pairs lyrical misanthropy with pure sonic destruction, creating an assault on both the senses and sensibilities of listeners. Made up of singer Nate Johnson (formerly of Through the Eyes of the Dead), guitarist Will Putney (also known for his work as a producer for bands such as Like Moths to Flames and Misery Signals), guitarist Patrick Sheridan, bassist Shane Slade, and drummer Josean Orta, the New Jersey band made their first splash in 2009 with the release of their EP Hell on Earth.