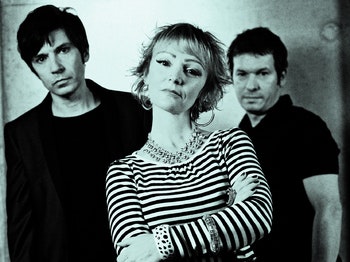 This show was rescheduled from 2nd June 2020.

Probably best known for their 1988 top 5 hit 'Crash', The Primitives reunited in their hometown of Coventry at the end of 2009, to pay homage to Steve Dullaghan, the group's original bassist. The success of their performance and the public's positive response after more than 17 years away from the spotlight led them to do a UK tour in April 2010 and to play a few shows in Europe and the US. In 2012 they released the album 'Echoes and Rhymes', which ranged from garage to psychedelia, with touches of soul and sunshine pop, as multiple styles came together in a special compilation of obscure female-fronted songs from the Sixties, revisited with all the love and affection and energy of The Primitives.