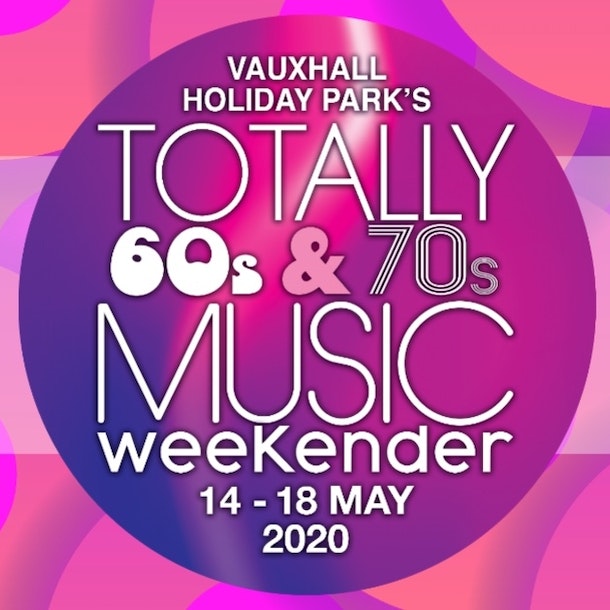 Vauxhall 60's & 70's Weekender features some of the greatest music from two of the best decades. Packed full of top names and tributes!

With their unique blend of perfect pop-rock'n'roll, outrageous flamboyance and pure fun, and no less than 23 Top-20 singles of which 6 were No.1 smash hits plus 6 smash albums, Slade have become a firm favourite in the hearts of pop fans all over the world. The current touring band of Slade is: Russel Keefe - Vocals, Keyboards Dave Hill - Guitar, Vocals John Berry - Vocals, Bass, Violin Alex Bines - Drums

Les McKeown and his legendary band ruled the world's 1970s pop charts and The Bay City Rollers’ music became the soundtrack for a generation of teenagers. Now Les brings back all the thrill and excitement of Rollermania, performing all the original hits including Bye Bye Baby, Shang-a-Lang, Remember, Summerlove Sensation and Give A Little Love plus many many more as well as introducing new songs. The current Legendary Bay City Rollers bring a new energy to all the classic hits.

Vanity Fare play the hits 'Hitchin’ A Ride', 'I Live For The Sun' and 'Early In The Morning'.

'The Hijacked Hollies' pay tribute to one of the 60s and 70s most iconic bands, 'The Hollies'. With attention to detail in recreating their unique musical sound and vocal harmonies, a hit-packed show is guaranteed.

In tribute to the iconic era, The 3 Sixties is a five piece R&B / soul group authentically recreating the sounds & style of the Swinging Sixties.

The Original Jukebox Heroes - Rocking Back The Seventies

The Original Jukebox Heroes are a live action, select-a-disc spectacular that will catapult you back to the days of glitter, glam and platform boots! Formed in 2005, The group consists of original superstars and long-serving members from well known Glam Rock bands including; Jeff Brown (Ex-Sweet), Steve Whalley (Ex-Slade), Phil Hendriks (Les McKeown's Bay City Rollers), Philip Wright (Paper Lace), Pete Phipps (The Glitter Band) and Dave Major (Mickey Finn's T-Rex). The band delivers a show packed with an energetic cavalcade of toe-tapping Glam Rock classics and a spectacular visual delight that leaves the audience screaming for more! The Original Jukebox Heroes have been very successful in Russia and across Europe regularly appearing at outdoor festivals and are always in demand! The band have recently completed a tour of UK venues as well as wowing hardcore Glam Rock holidaymakers at seventies themed weekender events. Preparations are now underway for their 2017 tour. The Original Jukebox Heroes set comprises of songs from each respective band member’s career, namely, Fox on the run, Cum on feel the noize, Bye bye baby, Billy don’t be a hero, Angel face, Hot love, Blockbuster, My oh my, The night Chicago died, Love is like oxygen and many, many more chart-busting hits from the Glam Rock Seventies.

Be sure to wear some flowers in your hair if you are going to a New Amen Corner concert because you''ll soon be in a 'Summer of Love' mood - their music is full of that feel good factor. The New Amen Corner have emerged in the last couple of years as the hottest band on the 60s circuit because of their ability to recreate so perfectly the sound and atmosphere of that era. Their power house live show has made them one of Europe's leading 60s revivalists.

Formed in 2012 by current and former members of John Rossall's Glitter Band, Smashed, The Stiffs and Sweet Addiction, Glam45 try to give as authentic a 70's Glam Rock Experience as possible. Playing all the greats from the Sweet, The Glitter Band, Marc Bolan, T-Rex, David Bowie, Mott the Hoople, Roxy Music, Suzi Quatro, The Arrows, Abba, Alvin Stardust, Mud, Showaddywaddy...Glam45 are putting the Rock back into Glam Rock.

Small Faces tribute band. The Small Fakers will rip through all the classics, album tracks and b-sides from 'Whatcha Gonna Do About It' to 'Wham Bam Thank You Mam'! "For those of you who never got to see the Small Faces live, this is as close as you're gonna get" - Stan Lane (Ronnie's brother).

Sixties Retro take you back to when bands like The Beach Boys, The Beatles and The Byrds were high in the charts. The Mini and the E-Type Jaguar were the cars of choice, Twiggy and the Miniskirt graced the catwalk and great songs filled with swirling guitars and sweet harmonies were everywhere. Sharp suited and booted, Sixties Retro are bringing on back the good times with all the hits from everyones favourite decade. Just as Sergeant Pepper said ... "A splendid time is guaranteed for all!"

Paying tribute to the iconic music of Frankie Valli & The Four Seasons and the award winning musical ‘The Jersey Boys’.

Kevin Dean is a guitar instrumentalist and his show transports an audience back to the days of the classic instrumental. His act, whether it be for 45 minutes or two shorter spots within a variety show, is guaranteed to please all ages. Numbers such as ‘Guitar Boogie’, ‘Apache’, and ‘Riders in the Sky’ are featured together with foot stomping favourites on the mandolin such as ‘Zorba the Greek’. Also, with outstanding speed on the guitar, ‘Orange Blossom Special and ‘Hava Nagila’ coupled with Kevin’s stage presence and personality will leave the audience shouting for more.