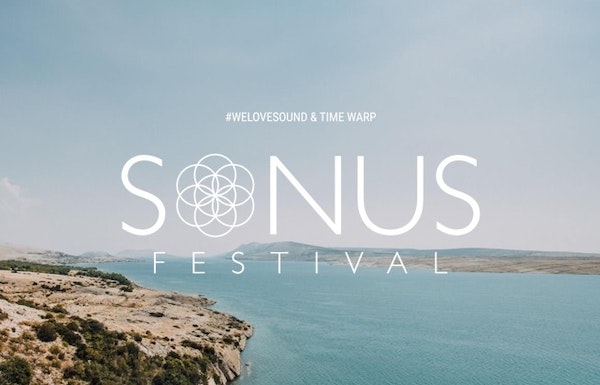 The legendary creators behind Time Warp have steered the ship to the Croatian coast for one of Europe's most celebrated house and techno festivals.

Sonus occupies Zrce's coastal clubs Aquarius, Kalypso and Papaya for both day and night stages, while boat parties spread the vibe across the sparkling Adriatic Sea.

Brimming with both burgeoning superstars and the royalty of electronic music, if it's a superior lineup combined with stunning scenery you're looking for, nothing beats Sonus Festival.

In a relatively short time, the name Binh has become almost synonymous with the sounds of modern underground Berlin.

Boris Brejcha is much more than just a minimal techno artist, he is a pioneer. He was educated playing drums and keyboard which had been a perfect schooling for the following chapter - producing and performing electronic dance music. No kind of music could describe his style, so he decided to create his own genre; "hightech minimal".

Chris Liebing is DJ, producer, radio host of a weekly show, and the driving force behind the labels CLR and Spinclub Recordings. His sound has continuously evolved during his DJ career, always true to his Techno roots. He was one of the first DJs that used the new possibilities in the course of the digitalization of music in a consequent and creative way. The real-time manipulation of the individual elements plays an important role in his sets.

Dax J is a London born, Berlin based artist, known as a powerful DJ, producer and label boss.

In recent years Enrico Sangiuliano has proved himself to be one of the industry’s rising stars with his Midas touch in the studio. ‘X-Pollination’ on Unrilis hit the No.1 spot on Beatport, not only in the techno chart but in the overall chart as well, adding to his already proven record as one of the most downloaded artists in his genre. As well as the Unrilis imprint, Enrico’s releases have made waves on Gem, Tronic, Alleanza, Suara and the mighty Drumcode, for whom he also plays at their live events.

Swiss deep house DJ, with no cheese in sight...

I Hate Models touches on all this themes with a music submerged by melancholia and violence. Navigating through styles, he arouses as much emotion as exaltation. Synthwave, Early Trance, Cold-Wave or Industrial Music are parts of the multiple influences which create his universe. With an artistic line based on the expression of melancholia and intense emotions, his music can be characterised by a showdown between love and hate, darkness and light.

Italian DJ Joseph Capriati has established a reputation as one of the principal figures in techno.

Cherished for his unique take on stripped-back romantic techno, the Kompakt favourite has enjoyed unprecedented success since the release of his debut album '1977'.

Konstantin Sibold is a Stuttgart based DJ and producer. In 2009 he became resident of legendary Stuttgart club Rocker 33 where he founded the ‘Common Sense People’ event series.

Swedish DJ, producer based in Berlin and label manager for Power Plant Records.

One of the biggest artists in techno and known for his outstanding audio-visual adventurous sets, Len Faki has been a resident at Berlin’s prime techno club Berghain since its opening in 2004. Len Faki’s sound is constantly evolving; responsible for some of the biggest anthems in techno including his 2007 release of ‘Rainbow Delta/ Mekong Delta’.

Former rapper and hip hop DJ on the German hip hop scene who now DJs and produces house and techno. With his trademark chunky grooves and unique, self-composed sound, the Desolat co-founder demonstrates why he remains one of the most influential and inspiring figures in electronic music.

Luigi Madonna is fast becoming one of the biggest names from the Technapoli scene. In 2016 Luigi played at Awakenings, Loveland for Drumcode at Sonar, a South American tour amongst countless other important events.

Known for his sometimes dark yet warming take on Disco-inspired House, Maceo Plex is tipped as one of Resident Advisor's Top 5 DJs in the World.

The much loved Italian’s epic journeys through deep techno have caused widespread mayhem over the years, particularly his lengthy sets on the Amnesia Ibiza terrace as part for his Cocoon and Music On residencies.

Brilliant multi-dimensional duo who have created a dominating presence in the underground scene.

A techno / house DJ and producer from Newcastle.

Richy Ahmed is at the forefront of a new breed of British DJs, who are re-defining house music taking cues from disco, techno, funk and hip-hop.

One of the most influential artists in contemporary electronic music.

As a DJ, producer and record label owner, Hawtin has created a sound which is now synonymous with the city of Detroit. His project 'Plastikman', originally signed to Nova Mute in 1993, has enjoyed considerable success with minimal, yet extremely danceable, techno recordings.

Berlin's Rødhåd brings the perfect balance of timeless techno to lift the dancefloor. His style is always deep, powerful and melancholic - from dubtechno to techno and back to house.

Always ranking high on any DJ list that matters, DIY head honcho Solomun is one of the most in-demand DJs of recent times. Named 2012 'DJ of the year' by Mixmag, the Hamburg based producer has been making huge waves with his unique and modern blend of techno and house.

A top-level DJ, who is also co-owner of the distinguished techno label Perlon Records.