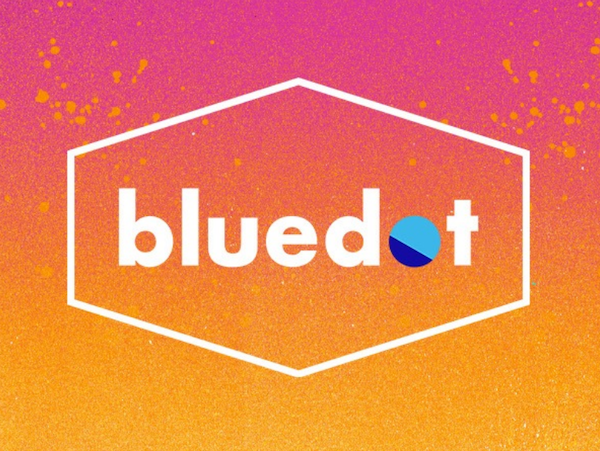 Set against the backdrop of the iconic Lovell Telescope, Bluedot mixes a lively lineup of indie, alternative and electronic artists with an innovative programme of live science experiments, expert talks and immersive artworks.

Björk Guðmundsdóttir released her first album, a compilation of traditional Icelandic folk songs, when she was only 11 years old. What has followed since is a 40-year-plus multimedia career that has deftly straddled music, film, the visual arts and much more. Between fronting Icelandic alt-rock band The Sugarcubes, and producing a string of critically acclaimed solo albums (many of which defy musical categorisation), Björk's relentless pursuit of the avant-garde has helped her to cultivate her own unique brand of art-pop mysticism.

Celebrating 21 years in the business, Andy Cato and Tom Findlay, aka Groove Armada, have established themselves as one of the planet's best loved and biggest selling dance acts. As comfortable on the big stages as they are in sweat soaked basements, the boys cross genres and styles with ease. Blending big beat electronica, nu-funk and trip hop, they achieved chart success most notably with the single 'I See You Baby' and have released eight studio albums to date. Whether playing their own brand of smooth, funky, sunshine dance tracks (with a housey, trancey undercurrent) or DJing clubs and festivals across Europe, Groove Armada remain the Kings of the Ibiza chillout scene.