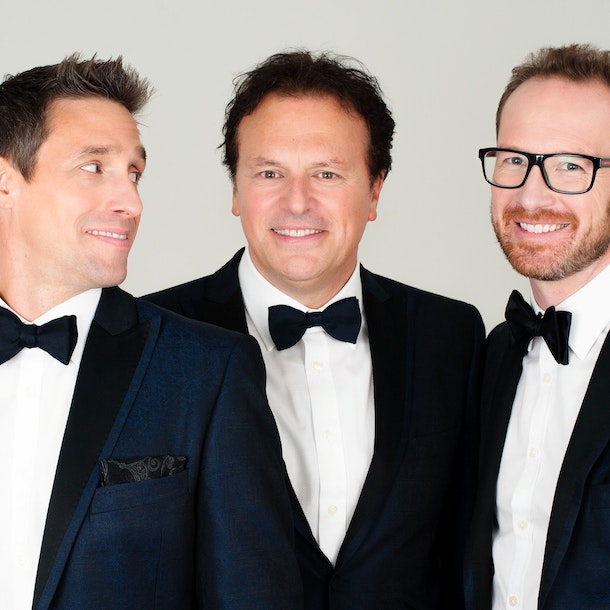 Make a date with Tenors Un Limited the 'Rat Pack of Opera’ as the number 1 selling classical vocal trio thrill once again with their uplifting new show 'That’s Amoré’. The group has just returned from the USA where they won the Broadway World Best Touring Show Award.

Let Scott, Paul and Jem take you on a journey through some of the best loved songs of the last century, made famous by other ‘icons of song’, such as Pavarotti, Lanza, Sting, Bublé and Freddie Mercury. All your troubles will melt away as these three greatest of showmen present a diverse programme with their trademark soaring vocals, velvet harmonies and killer sense of humour. They will be joined by local choir Berrylands Belles.

Tenors Un Limited - aka Scott, Paul and Jem - began performing in 2002. Using talents honed in their previous solo careers in the opera, theatre and recording worlds, they set out to bring their own unique blend of wit, charm and vocal arrangements - along with original compositions - to the classical crossover genre. Since their formation they have entertained audiences throughout the world and are proud to have secured worldwide distribution for their album The Rat Pack Of Opera featuring Sento, Summertime and Time To Say Goodbye, as well as their 2007 release Brand New Day which includes the self-penned title track and begins with their own arrangement of Sting's When We Dance.