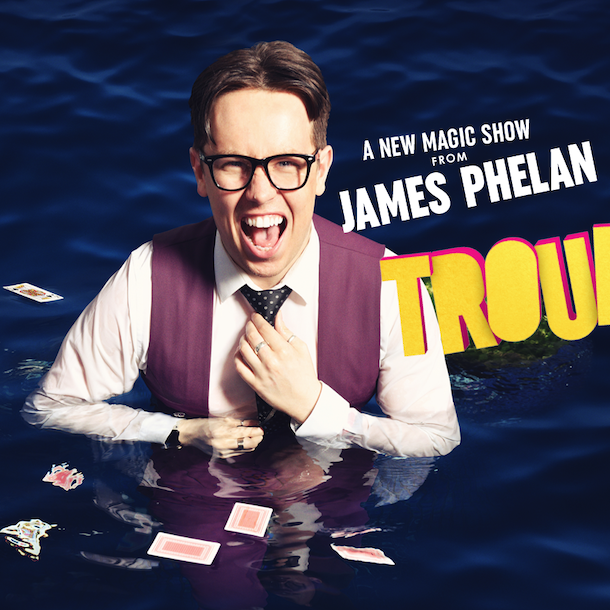 Viral sensation and star of BBC Radio, James Phelan presents a unique magical prank show that is both jaw dropping and laugh out loud funny!

Troublemaker is a mind-blowing rollercoaster filled with mystery and hilarity – from mind-reading outrageous confessions from members of the audience, to risking the safety of iPhones.

Nephew of the great Paul Daniels; and with several million videos views under his belt, plus a flagship BBC radio show – James is now tipped as one of most anticipated magical performers in a generation.He presents Trickster: Live, the BBC’s ground-breaking new radio magic show, and Celebrity Troublemaking, an upcoming TV programme that uses magic to get up close and personal with superstars.

Nephew of the late Paul Daniels, James has been storming it online. Described by The Radio Times as having “a cheeky charm”, his magic show is presented through his personality and is both draw-dropping and laugh-out-loud funny. Expect a night of light hearted, prank focused magic, utilising audience participation to comic effect.