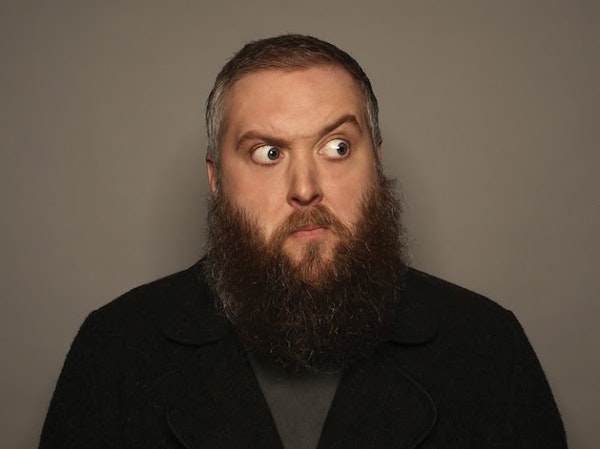 Phil Jerrod (Leicester Comedy Festival Best Debut Award Winner 2015) is a bloody hypocrite. In this brand new hour of stand-up comedy he bangs on about one thing for a bit and then goes on to say the exact opposite. It's like he's got no idea what he's trying to say. Contains poor arguments, badly researched kneejerk reactions, cod philosophy and jokes about printer ink. Come and see a show that's all about contradictions. But also not about that at all. 'Insightful, despairing wit' **** (Scotsman). 'Razor sharp timing' **** (EdFestMag.com). 'Casual brilliance' (Guardian).

'The most original new comedian I've seen in ages' (Adam Bloom). 'Such a brilliant set – well observed, well written and funny obvs' (Josie Long) 'Smart, polemical and witty observations full of insight and devoid of cliche' (Steve Bennett, Chortle) 'Easily the most assured act on the night – he is clearly going places' (Bruce Dessau, Beyond A Joke) 'A fantastic set of perfectly delivered, perfectly timed and perfectly glorious comedy' (Broadway Baby) 'An epic monologue of first world observations and paranoia. The highlight of the night' (Bournemouth Daily Echo) 'Made me genuinely laugh out loud' (The Brighton Argus).