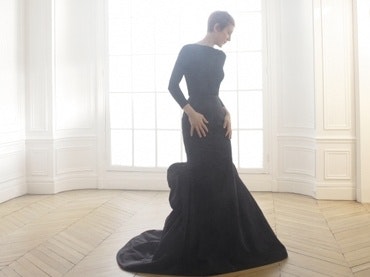 The internationally acclaimed, Grammy-nominated vocalist, Stacey Kent, returns to the UK for a select number of 2020 dates, featuring music from her Sony Music album release ‘I Know I Dream’ (Sony Music/Okeh) alongside a collection of numbers from her previous albums, including the Grammy-nominated ‘Breakfast on the Morning Tram’.

Stacey’s long-awaited return visit to Hever Festival Theatre with her 5-piece band forms part of her worldwide concert tour, featuring a beautiful collection of songs, including American Standards, Bossa Nova classics, Chansons, as well as original songs and reprises of some of her most loved repertoire – including numbers co-written by Nobel prize winner Kazuo Ishiguro, whose song-writing partnership with Stacey has formed an essential part of her repertoire.

* This show was cancelled by the artist.

A best-selling member of the Blue Note roster of recording artists, Grammy nominated New Jersey jazz singer Stacey has notched up a string of best-selling albums and awards, and a fan base that enables her to sell-out concert halls around the world.