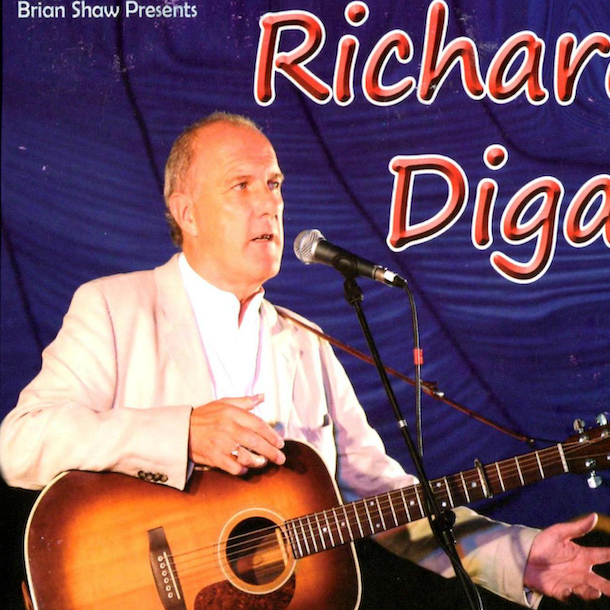 An Evening With Richard Digance

Richard Digance is a BAFTA Nominated TV Entertainer Of The Year and Gold Award recipient from The British Academy of Composers. He turned his back on show biz for his first loves of music.

Over 4,000 live shows, 62 British tours, 17 books, 3 stage plays, 32 albums and 4 million YouTube visits says it all. He composed the audio book music for Bill Bryson's best-seller 'The Road To Little Dribbling,' His Animal Alphabet poems are used as English Teaching Aids in 14 countries and his guitar instrumentals are used on numerous TV productions. He supported Robin Williams at The London Palladium, and supported Steve Martin in the USA.

Richard Digance has supported such stars as Steve Martin, Robin Williams and played a guitar duet with Brian May of Queen. He is also a BAFTA nominated entertainer and received The Gold Award from The British Academy of Composers and Songwriters in 2003 and is featured in The Virgin Anthology of Songwriters. It's on stage Richard is most comfortable, giving two hours of original material with just a guitar, no support acts, no gimmicks, just one man with a treasure chest of stories collected over 40 years in the music and entertainment industry.