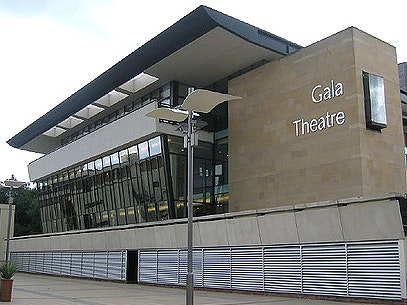 Deloris Van Cartier works in a nightclub for her gangster boyfriend. When she witnesses him murder one of his gang for speaking to the police she goes on the run, and he puts out a ‘hit’ on her. She reports it to the police who hide her in a convent on a witness protection programme.

Immediately she is at logger heads with the Mother Superior who tells her she is to have no contact with the outside world and is to live as a nun, and she appoints Deloris to work with the untuneful choir.

Deloris does what only she knows how to do and that is to teach them to sing as nightclub singers. Mother Superior is horrified; however, the Monsignor is impressed by how many people are reached by Deloris’s approach, and declares her to be a success.

Feeling undermined the Mother Superior does everything she can to get Deloris out of the convent, however, news has spread to the Vatican and a Papal visit is planned for Deloris and the choir to perform.

Deloris gangster boyfriend finds where she is hiding and sends in the ‘boys’ to finish her off, but ‘faith’ intervenes and the convent becomes her salvation.

This is a colourful, musical masterpiece that will leave you rocking in the pews, don’t miss out on this heart-warming, uplifting musical spectacular.