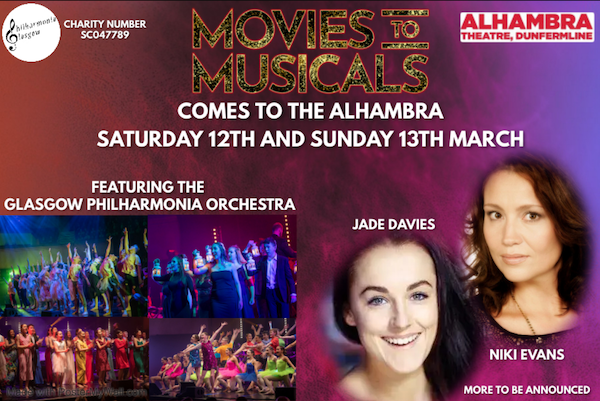 Movies to Musicals is coming to the Alhambra Theatre for the first time!

After 6 sell out shows at the Glasgow Royal Concert Hall, and a year that saw the Arts come to a stop, Movies to Musicals is back bigger and better than ever before.

This all singing, all dancing theatrical show brings you a night of your favourite Musicals and Movies Soundtracks performed by a Live Orchestra, Kids Cast, Musical Theatre Cast and artists from London’s West End. With Music from Legally Blonde, Blood Brothers, Grease, Everybody’s Talking About Jamie, Kinky Boots, Addams Family and many more, this is a night not to be missed for any Musical fan.