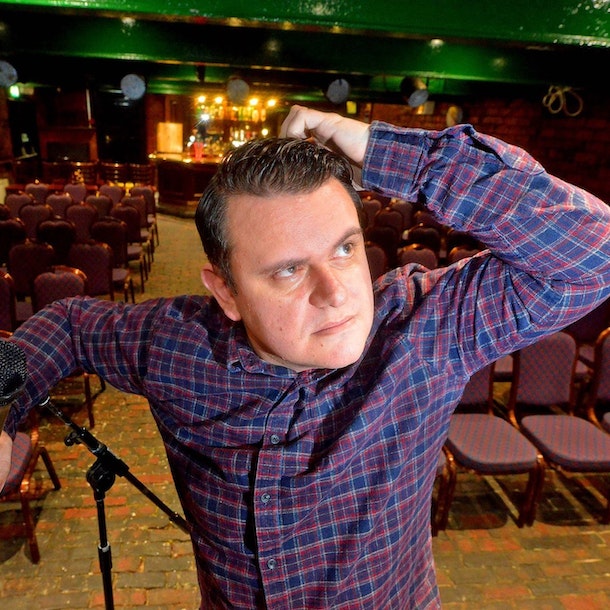 Wayne Beese: Record of Under Achievement

When Wayne Beese left Holly Hall Grant Maintained School in the summer of 1996, as Head Boy and with a clutch of GCSEs, a message from his form tutor in his leaving book said "the world was his oyster".
Nearly 25 years and several career changes later, it's not quite worked out to plan. He's never really got further than Telford.
Join Wayne for this brand new show as he uses the contents of his original Record of Achievement to regale hilarious stories from his school days, as well as his journey post-education through football pitches, factories, supermarkets, bingo halls and newspaper offices to his present home on the stage.
With his two daughters now at secondary school and his eldest just starting GCSEs he'll also ask the question - how important REALLY is school?
40 minutes of brand new material and the chance to find out the back story of your favourite compere, with a support act also on the bill.
"Truly special talent" Express & Star
"Had the audience howling" Dudley News
"Fantastic gags paired with split-second wit - an enviable combo" Joe Lycett
"Audiences frickin' love him" Tom Stade
* Over 18s only
* Doors open at 7.30pm, show starts at 8pm
* This show will be taking place indoors