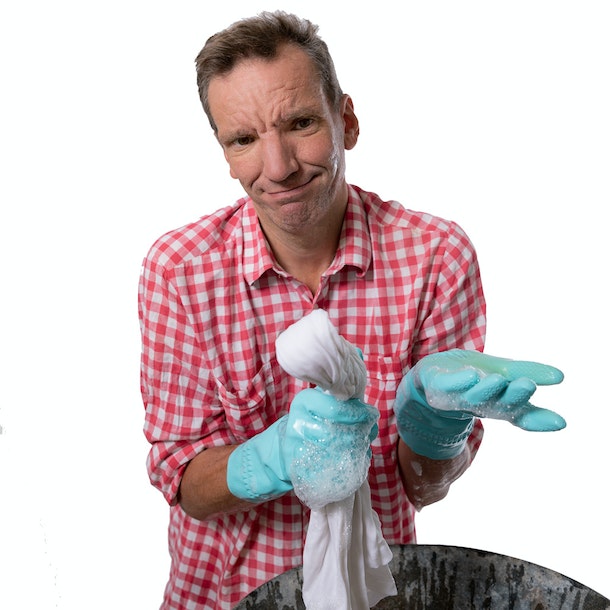 Henning Wehn - It'll All Come Out In The Wash

Watch German Comedy Ambassador Henning Wehn give everything a good rinse and witness him wring sense out of the nonsensical. Henning has no agenda, he just happens to be always spot on. It’s a curse.

Henning's most recent television and radio appearances include "Have I Got News For You" BBC1, "Would I Lie To You" BBC1, "Live At The Apollo" BBC2, "Guessable" Comedy Central, "Question Time" BBC1, "8 Out Of Cats Does Countdown" Channel 4, "Fighting Talk" BBC Radio 5 Live and "The Unbelievable Truth" BBC Radio 4.

“A master at using his outsider status. Dazzlingly funny” The Times

“He’s German but he means well” some bloke on Twitter

** This show was rescheduled from April 5th.

The self-styled 'German Comedy Ambassador in London', Henning Wehn is a regular guest on the British comedy television programme 'FAQ U' and has appeared on the BBC Radio 5 Live radio show 'Fighting Talk ', where he is 'in it, to win it', as well as two appearances on Radio 4's 'The Unbelievable Truth'. Wehn's act plays upon the prevailing post-war stereotype of Germans; a large part of his routine is based around comprehensively analyzing and explaining his punchlines and jokes in the smallest detail. 'A diplomatic master class' (The Scotsman) 'Brought the audience to its knees' (The Daily Telegraph) 'Marvellous' (The Guardian).