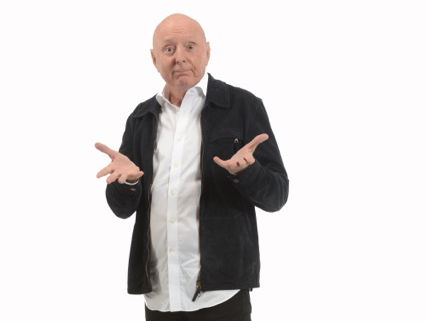 Jasper Carrott's Stand Up And Rock

The legendary Jasper Carrott back with a new stand up show alongside his musical compatriots, the Bev Bevan Band that have been ‘rockin’ audiences all over the world. As well as being Jasper’s mate, Bev is founding member of The Move and ELO and has one of the finest bands around with special guests including 60s star Geoff Turton from the Rockin’ Berries.

A career that has spanned five decades first started when Jasper became resident compére at the Boggery Folk Club in Birmingham in the mid-'70s. There he discovered his talent for comedy, and his inability to sing; the rest, as they say, is history. Apart from his stand-up comedy and TV shows such as 'Carrot's Commercial Breakdown', this award-winning Brummie comedian is probably best known for his spoof police drama with Robert Powell, 'The Detectives', and his undying passion for Birmingham City FC.

One-time drummer with The Move and subsequently ELO, Bev brings the sensational sounds of the '60s back to life with the likes of Flowers In The Rain, I Can Hear The Grass Grow, Californian Man and so many, many more! Bev is joined by Joy Strachan-Brain, Phil Tree, Tony Kelsey and Abby Brant.