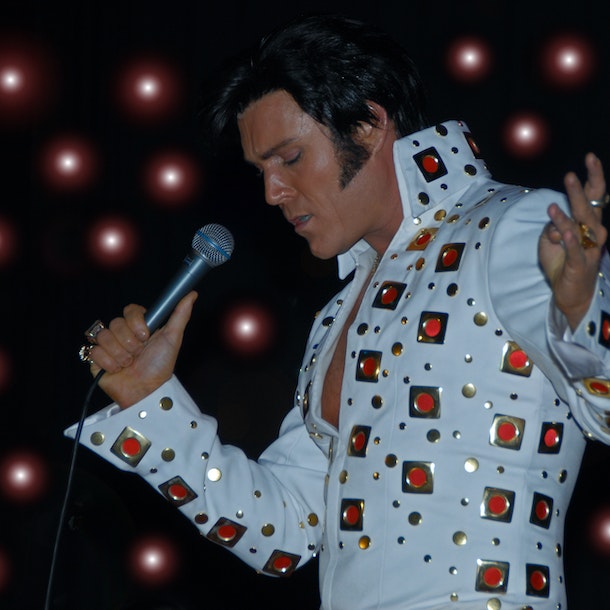 The Spirit of Aloha From Hawaii

This show in a full first half takes you through the ‘68 special and Elvis in Concert period into a special acoustic section where beautiful ballads and gospel songs are presented with an intimacy that leaves the audience in raptures. After the interval it’s Aloha from Hawaii a superlatively choreographed and brilliantly engineered replicate of the iconic show beamed via satellite from Honolulu.

Endorsed by Elvis Presley Enterprises, this is the closest you’ll see and hear to The King himself. The inimitable Gordon Hendricks is a multi-award winner who is without doubt the World’s No 1 Elvis Tribute and his shows are sensational – it’s as if Elvis himself is on stage!