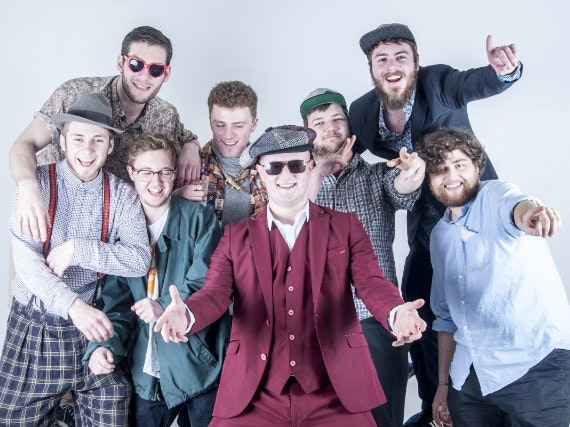 The mischievous rabble from London have been causing mischief since school, spreading their contagious horn driven ska anthems across the UK, mainland Europe and beyond. Chainska Brassika are firm party favourites, getting crowds rocking from Glastonbury to Nottinghill Carnival, Rototom Sunplash to Outlook - and even touring the island of Jamaica. Well known for regularly opening for UK ska legends Madness, Chainska are at the forefront of the new UK ska movement, and their crazy live show have got the band regularly onto europe’s biggest stages. Their debut album 'Skinna' was released in late 2015, being championed by reggae DJ David Rodigan and backed with recently being crowned winners of the World Reggae Contest in Poland, beating over 100 bands from 28 countries - despite being predominantly a ska band. This earned the band a trip to record their follow up album in Jamaica at Harry J Studio's - famous for where Bob Marley & The Wailers recorded the albums Natty Dread, Catch A Fire, Rastaman Vibration & Burnin'.

The Inflatables formed in 1980 and were originally known as The Giant Inflatables. Over the years the line up has changed but four of the core members have remained constant to this day, playing the best in Ska, Reggae & Soul.