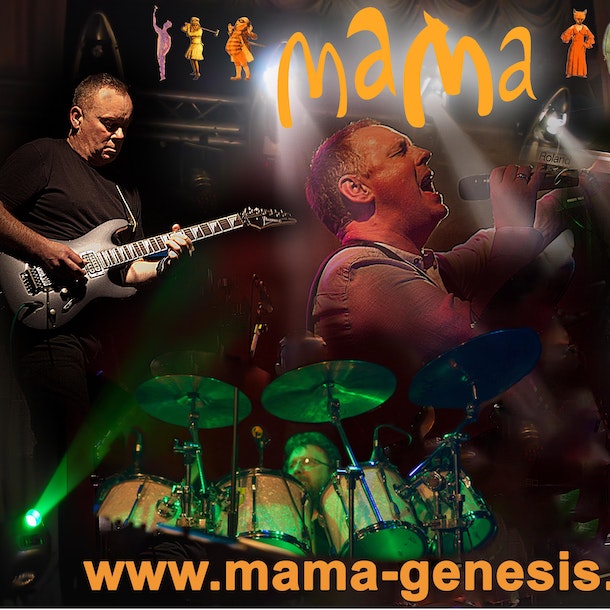 This show was rescheduled from 13th March 2021.

Mama will perform songs from Genesis’ 40 year history, including the well-known ‘Mama’, ‘Turn It On Again’, ‘Invisible Touch’ and ‘No Son of Mine’, along with album tracks such as ‘In the Cage’, ‘Los Endos’ and ‘Watcher Of The Skies’.

Describing themselves as an ‘all era’ tribute, Mama will take you on a musical journey from Genesis’ early Peter Gabriel years, through the Phil Collins’ era of the 70s and 80s, right up to their final studio album, ‘We Can’t Dance’.

Mama are the UK's premier Genesis tribute band. They perform 16 shows a year around the UK, featuring pieces from every era of Genesis history from early Peter Gabriel albums right through the Phil Collins lead albums of the 70s and 80s to the final Genesis studio album, We Can't Dance.